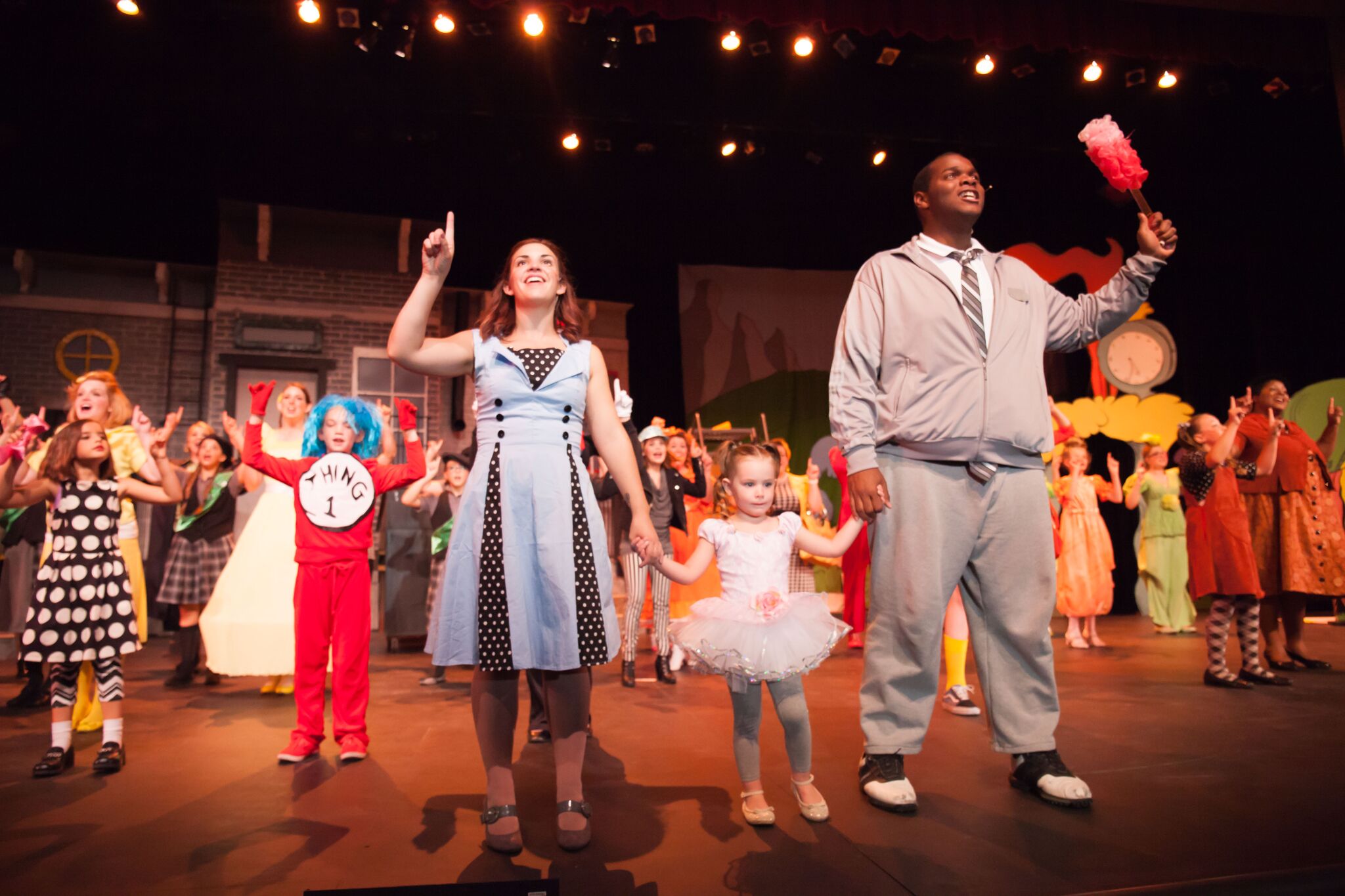 The Lehi Arts Council programs and productions have come a long way from meeting in one of the rooms of the Arts building on Center Street, which was built to be a museum initially. Over the years, the Arts building has been expanded and remodeled, but the programs have outpaced the building. One thing has remained the same, the dedication of the members of the Lehi Arts Council who donate their time and energy to teach dance and art classes, conduct theater workshops, act and direct in plays, rehearse with the band and chorale, man the ticket booth, and even clean the building.

The theater at the Lehi Arts Center is a horseshoe-shape that seats 87 people. For some of the productions, the small theater is intimate and appropriate. Other shows, like the big musicals and even the children’s musical theater workshop performances, have to go to one of the junior high schools so they can fit everyone who wants to attend. As Lehi’s population has grown, the interest in the art community has also increased. Kim Fillmore, a member of the Lehi Arts Council, recently organized a workshop with Broadway performer and theater coach, Darren Adams. “He was blown away at the talent in Utah. He struggles to find kids in the high schools in California to do what we do here. Utah is special – it’s part of the culture here,” said Fillmore. “There are several kids at Skyridge who play sports and are also in theater. They have a foot in both worlds.”

“Half of the cast of ‘The Greatest Showman’ is from Utah,” added Ashley McKinnon, another member of the Lehi Arts Council. “When I was going to Lehi High School it wasn’t cool to be in the plays. Jan Shelton came in and changed the arts here in Lehi. She chose happy plays and shows people wanted to be part of. Jan passed the baton to Mindy Nelson and it’s just been getting better and better.”

Jim Murphy, an experienced not-for-profit organizer who has worked with Hale Center Theater and BYU raising money, is a member of the Lehi Arts Council. Murphy is spearheading a push to take the arts in Lehi to a new level. Murphy is also a professor at Utah Valley University. “The average theater patron will spend, in addition to the show ticket, $50 more going out to dinner before or getting a snack afterward. They also may be paying a babysitter. That is money going into the community. If you multiply that by the number of patrons coming to the theater, you can see how a great community theater program can benefit more than just the actors on the stage,” said Murphy.

“It’s not always fun to direct the kids, it can be really hard work,” said Lehi Arts Council Director, Jean Hatch. “You put them in front of an audience, though, and things change so dramatically for them. A boy playing a bullfrog in ‘Honk’ didn’t understand the old-fashioned humor and he kept insisting that it wasn’t funny. Thankfully we had Jerry Elison on the front row on opening night. That kid came out and did his schtick and Jerry about came out of his chair laughing. I watched the light go on in that kid. For some kids who are withdrawn, not able to socialize – theater is where they find themselves, where they find their friends and gain confidence,” Hatch explained.

Being onstage is only a small part of the theater experience. Those who participate are learning and applying life skills. “You have to be on time and meet your cues. The cast is your family and they are depending on you. You have to learn to take direction. Everything they learn here they can apply to school, work and family life,” said Hatch.

“When I’m teaching my art classes, I’m not just teaching the kids to draw, I’m teaching them to respect other’s work and respect themselves – what they do has value,” said Laurie Cerromi.

The Lehi Arts Council is putting together their vision for the future of the arts in Lehi, one that will match the talent and potential here.