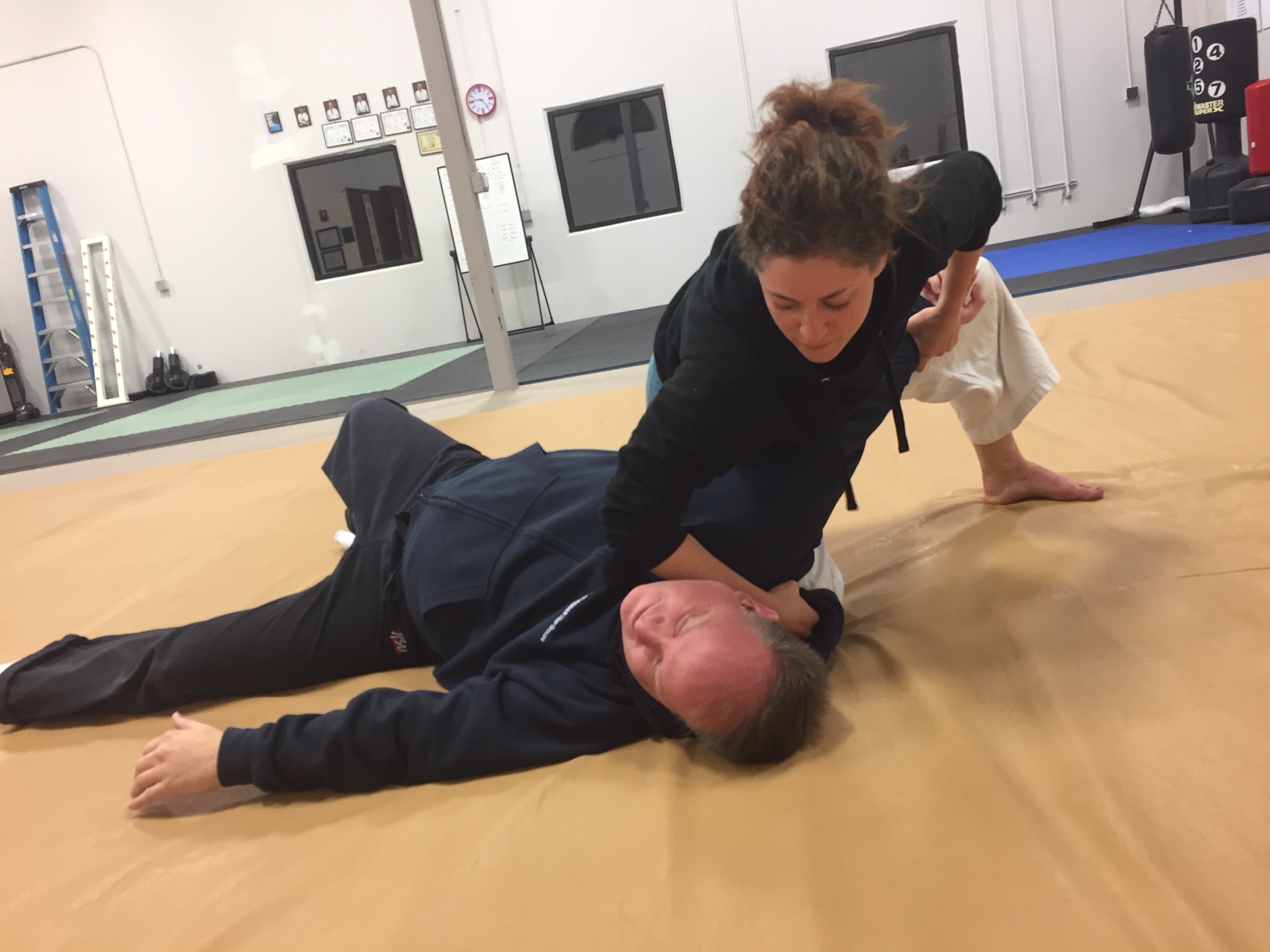 The mother of a jujitsu student suggested to Professor Bob Hodgkin, sensei, and director of Shin Budo Kai, that he should offer a free class for teenagers after she saw her son struggling in school. “Teen years are tougher now than when I was going through it. Kids used to get bullied at school, but now the bullying continues through social media when they’re at home,” said Hodgkin. He agreed with his student’s mother that kids need a safe place to go where they can be part of a team, get some exercise, and have an outlet for their frustrations.

Hodgkin feels strongly about providing free classes because of a particular student he had at a different dojo in the 1990s. The 14-year-old girl was the worst student Hodgkin had ever had. “Every time we asked her to do a roll or a throw she’d say, ‘No.’ She wouldn’t do anything!” remembered Hodgkin. For four years, the girl would show up twice a week for class, but she never did anything. When she was 18, the girl told Bob that her father had been sexually abusing her since she was very young. She came to the dojo to watch Hodgkin with his young daughter and see how a normal dad behaved. The girl told Hodgkin that his jujitsu class saved her life, that she had even considered suicide at one point. “None of us at the dojo knew she was being abused, so we treated her like anyone else. She was asked to do throws and she was teased in a good-natured way just like the other students,” said Hodgkin. Being part of a martial arts class helped Bob’s student have the courage to stand up to her abuser.

Years later another teenager came to the dojo but would never participate in the classes. An instructor asked Hodgkin if they should tell the girl to leave, but Hodgkin had past experience to draw on. “It doesn’t matter why they’re here. If this place is helping them, it’s okay,” he said.

Even if martial arts students never use their skills in a self-defense situation, the practice makes them more confident and better able to be a team player. Bob Hodgkin plans to set up a non-profit to have businesses sponsor students or donate the hard costs of classes, like uniforms and insurance fees. “I’d rather have 30 to 50 non-paying students be able to come here and make progress and not feel judged,” said Hodgkin.