Visionary past leaders enhance quality of life for Lehi today 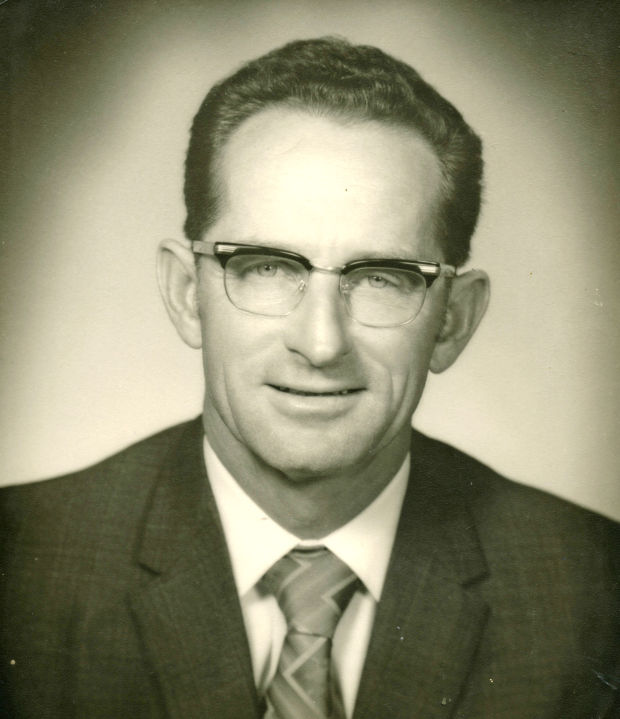 According to long time Lehi resident  and former chairperson of the Democrat Party in Lehi, Virginia Moore, “George Tripp, could fix anything.” George Tripp, a former Lehi Mayor was born in Hinckley, Utah but grew up on a ranch in Calleo, Utah. Tripp learned early how to survive during the difficult days of the Depression.

As a young man, Tripp joined the Merchant Marines where he learned many useful skills. He moved to Lehi and worked for Lehi City as an electrician. While working for the City, he was asked to help repair the aging Lehi water system. Tripp saw for himself the pipes that needed to be replaced. Lehi’s water system hadn’t been updated for years and years.

Later, Tripp worked as a janitor at Meadow Elementary. While working at Meadow he was urged to run for mayor by members of Lehi’s Democrat Party. After much urging, he agreed to run. He was elected in the fall of 1983 and was sworn in the following January. His first order of business was to send a letter to all Lehi citizens advising them of the need to upgrade the water system. Seventy percent of the citizens responded to the survey in support of the upgrade. In 1988, Tripp reported, “Our auditors tell us we’re in better shape financially than any city in the county. We’ve retired a lot of indebtedness. We’ve saved about a half million dollars and we hope to get matching funds.”

According to Lehi historian Richard Van Wagoner, in his book Lehi, Portraits of Utah Town,

Lehi City officials are looking forward to a decade of major enhancements. Mayor Tripp noted in a 6 March 1988 interview, “We’re strategically located, that’s our number one asset, we’ve got plenty of room for expansion. We’re close to a major airport, to two universities. We have access to freeways, to the railroads, we’re just ideal.

Ironically, the greatest challenge facing Lehi as it moves into the last decade of the century was the same basic problem that worried the first settlers: water shortage. Tripp acknowledged that the city’s culinary water supply had about reached the limit. “Unless we drill wells or put in holding tanks or reservoirs we’ll be hurting for fire protection and culinary water,” reported Tripp. He told City Council members that the town was going to be looking at a moratorium on building if a solution was not soon reached.

Lorin Powell, Lehi City engineer, presented three options to the City Council, which voted to move ahead on a new pressurized irrigation project and replacement plan for upgrading the culinary water system. The price tag for the improvements was $4,170,000. The projects were completed in early 1990.

Lehi was the first community in the area to construct a separate pressurized irrigation water system. This improvement has been a great boon to Lehi since that time and citizens today are still reaping the benefits of the vision of Tripp and Powell.

Tripp was also responsible for construction of a new library for Lehi. The old library was located in the north end of the Hutchings Museum. There had been a great deal of debate among residents about what to do about a library. The current library was outdated, and pressure was being applied to expand the Museum into the space occupied by the library. Mayor Tripp helped negotiate the purchase of the new portion of the old Lehi Junior High from Alpine School District. A $100,000 grant was given to the city to turn the newer portion of the junior high into a library. In June of 1988, the groundbreaking ceremony was held with Mayor Tripp operating the controls of a backhoe. The library was completed in the spring of 1989.

Mayor George Tripp was a humble man who never sought any notoriety or attention. He was polite and kind to all. Even in times of controversy, he treated everyone with respect and civility, according to Lehi resident, Virginia Moore.

Tripp, who passed away in 2014, was a visionary Lehi leader who should be hailed for his ongoing contributions. He, along with other leaders had the vision and courage to make improvements to Lehi that we enjoy today.

Lehi residents concerned about more high density in their neighborhood