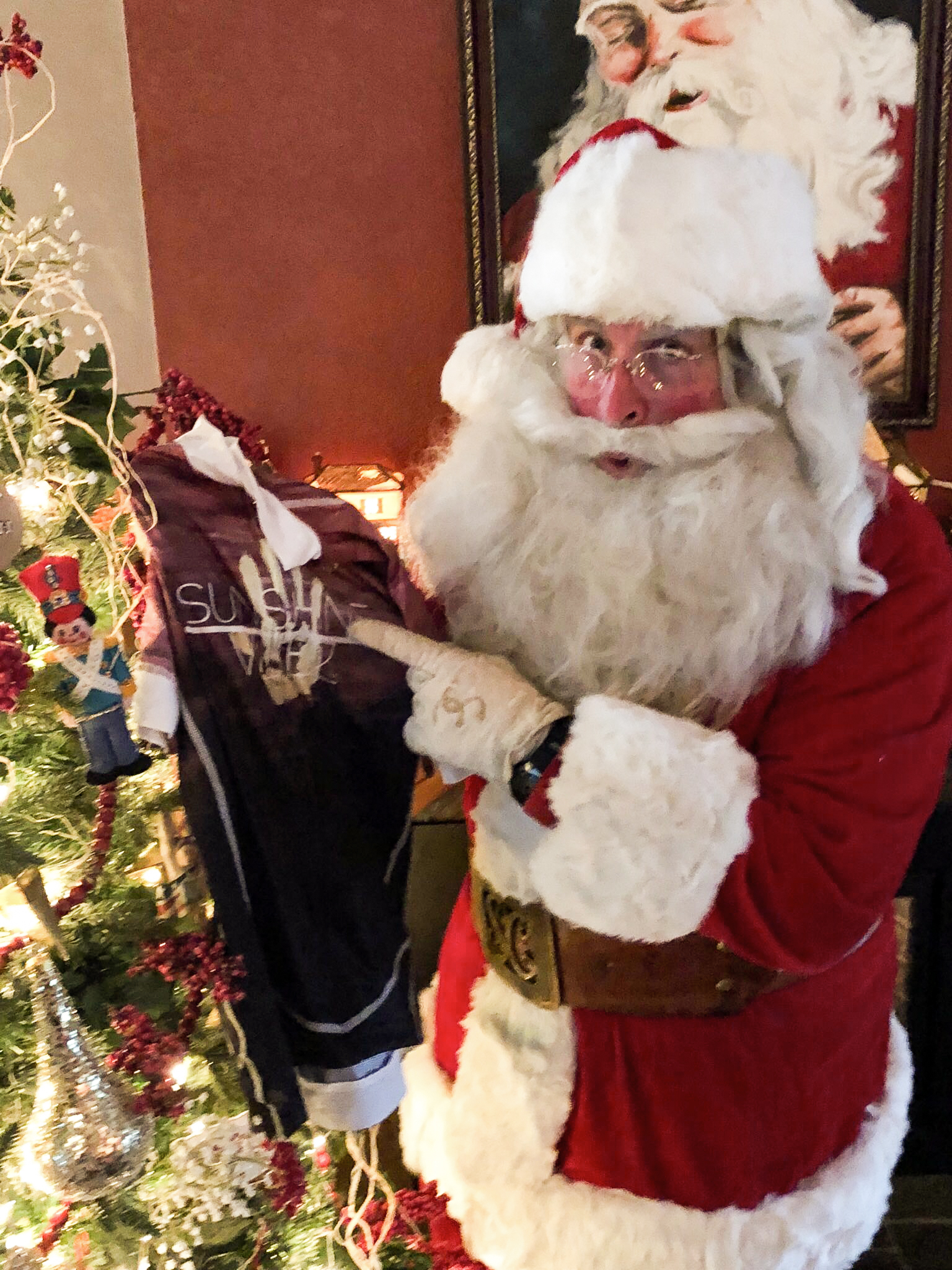 Sometimes great ideas come from unusual events. 41 years ago, Donnalee Eisenhart was walking the hall at Orem High School where she taught history and noticed something bright red in a garbage can. Upon further inspection, she saw that it was a Santa Claus suit. She immediately thought of her primary class and what a fun party she could plan for them. She would cajole her husband, Tim, into dressing up as Santa Claus in the discarded suit.

When she examined the suit more carefully, it looked like someone laid down on a piece of red fabric, traced their body, then sewed two pieces together for the rather primitive looking costume. “We found an old beard,” said  her husband Tim, and “There I was, decked out as Santa Claus.”

At the time, Tim Eisenhart was Executive Director of The American Cancer Society for Utah County. The old Santa suit gave him a great idea for a fundraiser—Rent-A-Santa. “My secretary, Mary Allen, was an incredible seamstress. I hired her to make some Santa suits. Through my work, I had become friends with LaVell Edwards and Frank Layden,” continued Eisenhart. “The three of us would dress in the Santa suits made by Mary and we could be rented out for family parties during the holidays and give the money raised to the American Cancer Society.” The venture became an instant success. Those who rented the Santas never knew who would show up at their party.

After Tim left his work with the Cancer Society, he continued the Santa Claus tradition by dressing up in his suit each year. By this time, he had added to his suit. It had become an incredible work of art. His one-of-a-kind bronze belt buckle was made by Lehi artist, Steve Streadbeck. He had a Shoshone woman make some leather gloves. At a second- hand store, he found a pair of black leather boots made in Italy in 1919. Tim was the epitome of the best-dressed Santa Claus.

R.C. Willey owner, Bill Child, hired Tim to be the R.C. Willey Santa Claus and every year Tim would don his red suit and entertain customers at the furniture store. The Utah Jazz and the Jazz Bear also ask Tim to be the Santa for the Jazz organization’s parties. Eventually, the Jazz Bear and his Bear-Hugs for Kids organization asked Eisenhart to be the Santa for their holiday charitable work. “As long as there’s been a Jazz Bear, I have been the Santa,” quips Tim.

“I am now ‘Santa’ for three generations in some families,” continues Eisenhart. “I love this time of year.” Tim’s smile and twinkling eyes say it all. He loves being Santa. Now, the only thing he lacks is a sleigh and eight tiny reindeer and who knows what could be next? With a little bit of magic fairy dust and a believing spirit, there could be the sound of prancing and pawing on your roof and a spry Santa with a bronze belt buckle, leather gloves, and second-hand black boots may come sliding down your chimney!