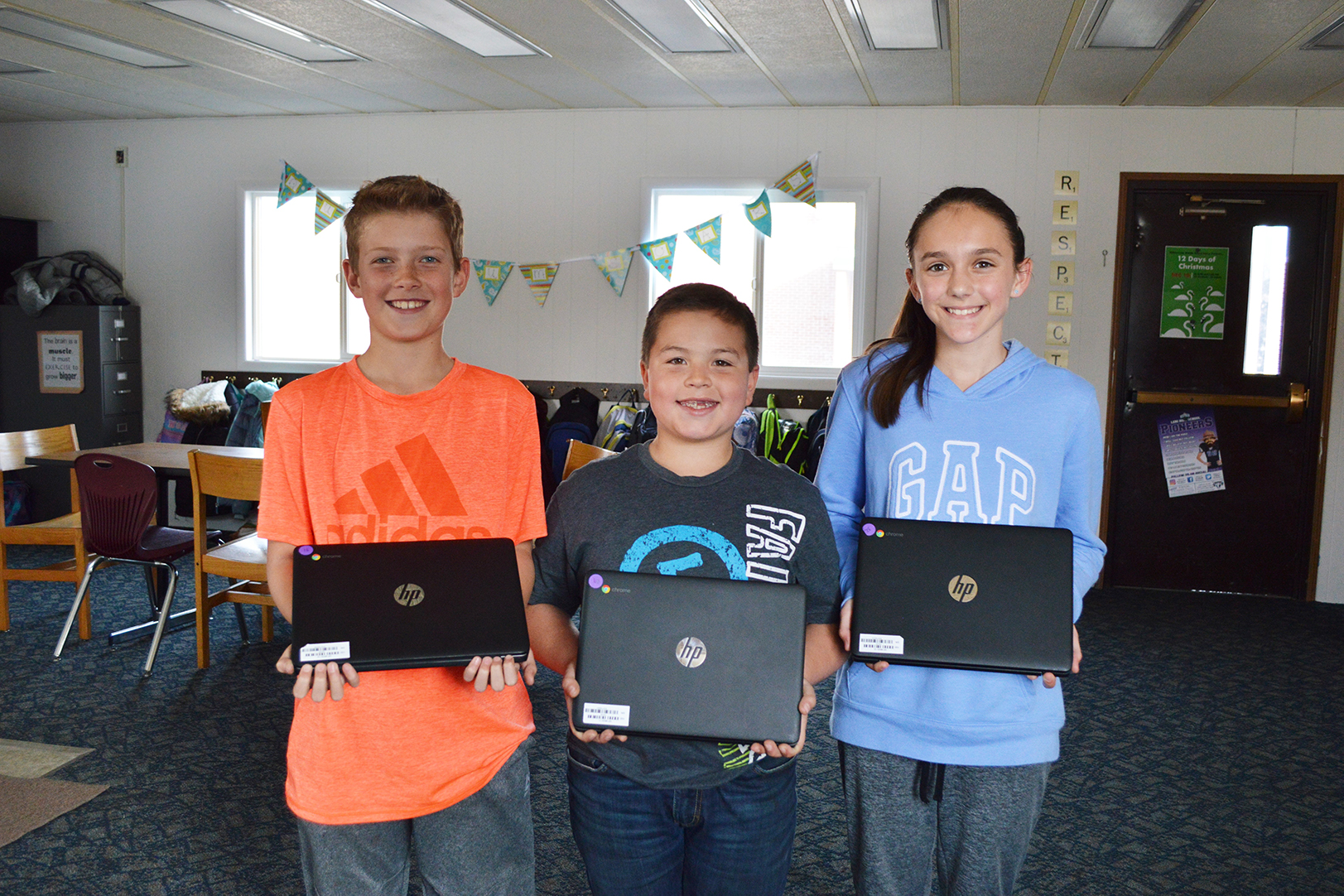 Lehi Elementary has benefitted from the charitable service hours of Jason Archibald, an employee of Adobe, for many years. For every ten hours of service Archibald records, Adobe gives him (and every Adobe employee) $250 for the charity of his choice. Every year Archibald maxes out his service hours at Adobe, which translates into $10,000 to divide among non-profit organizations he wants to support.

“Most of my service hours are with Boy Scouts of America,” said Jason Archibald, who logged hundreds of hours of service when he was a bishop in The Church of Jesus Christ of Latter-day Saints and continues to get as many hours as he can now that he is released. “Every time I went on a campout with the Scouts, that was $500 for charity.” Archibald donates the money he earns from Adobe by serving causes that are close to his heart, like Lehi Elementary, where his wife is employed and his children have attended school, Trout Unlimited (Archibald is an avid fisherman), an organization that fights for clean water in lakes and streams around the country, the swimming program at Lehi Elementary where his son competes, and other causes championed by neighbors and friends in town.

Adobe has a quarterly event where charities in the area can set up a table near the cafeteria and advertise their cause to the employees. Archibald has been alerted to the needs of charities like Just for Kids, a non-profit started by Michelle Holbrook for special needs children, because they show up and ask for help. “Adobe really encourages employees to reach out, to serve the community the best they can. I’ve heard of other employers who give to charities, but I like that Adobe adds the element of service hours, our time,” said Archibald. “I find myself looking for ways I can serve and log hours.”

Jason Archibald recently donated $2,500 to Lehi Elementary PTA. “Principal Hundley and I talked a lot about what would help the kids the most right now,” said Alicia Cutler, PTA President at Lehi Elementary. “Our school is so far behind updating the technology that the biggest need right now is Chromebooks.” Cutler needed to get a majority vote from the Lehi Elementary PTA in order to use the money for Chromebooks, which can be surprisingly difficult because few members of the PTA come to meetings. The Lehi Elementary PTA did get the majority to vote for the new Chromebooks and the process is underway. “It costs $100 to repair them and $200 for a new one. To spend a little more, we get brand new ones that will last that much longer and are the updated version as well,” explained Cutler. Rather than repair 24 old Chromebooks, the PTA chose to buy 12 new ones with Archibald’s donation.

“The kids use Chromebooks for everything!” said Lehi Elementary Principal Kerri Hundley. “We have to get a $30 license for each Chromebook and they need to be replaced about every four years. It’s tough to keep up with the demand.” Donations like Jason Archibald’s go a long way at Lehi Elementary.