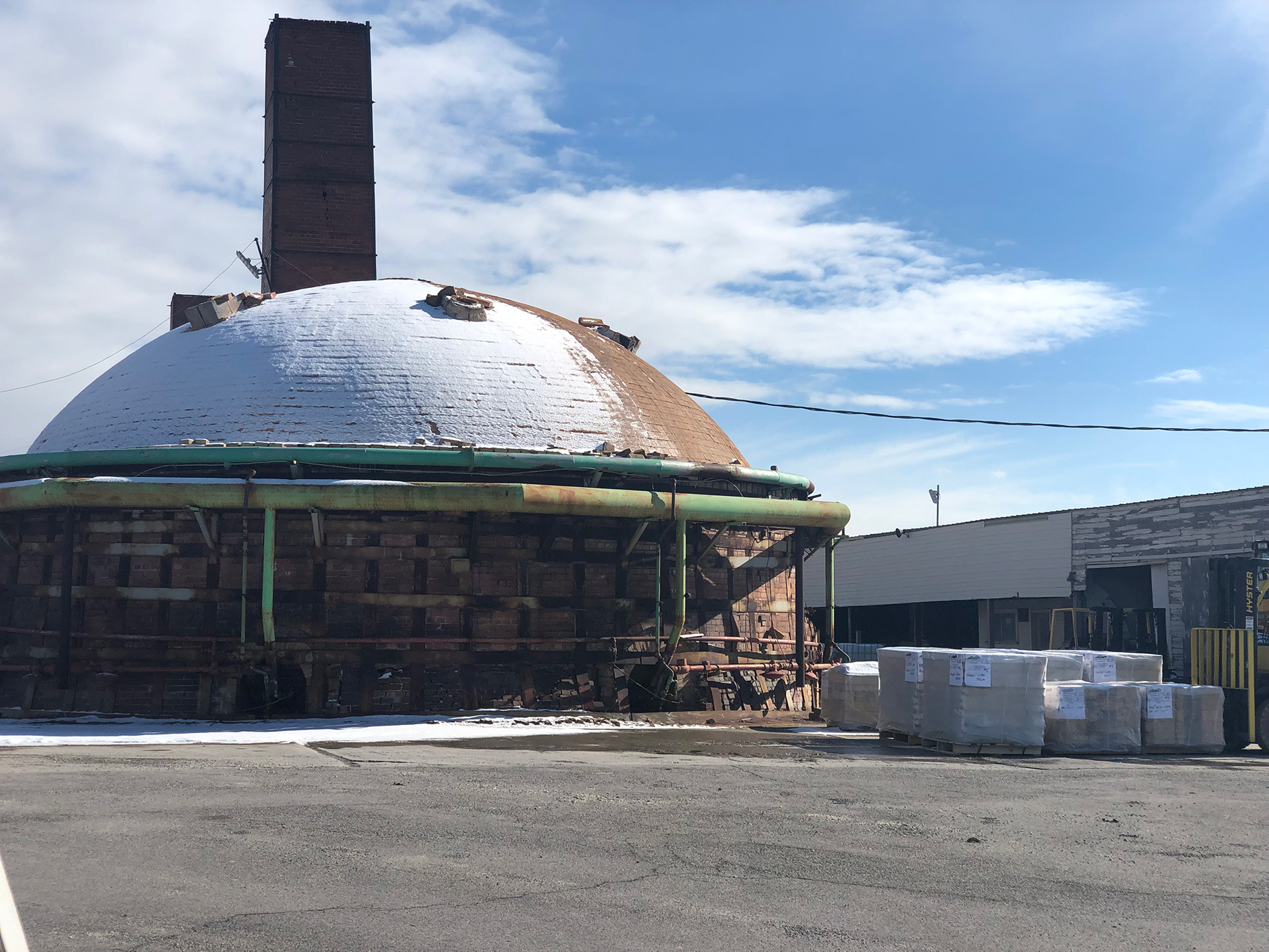 You may have heard that things are “hot” in Lehi’s technology businesses at “Silicon” Slopes, however, you may not know that things have been very, very hot (3,000 degrees hot) at a “Silica” brick manufacturing business located in Lehi for the past 70 years.

Utah Refractories Corp, located at 2200 North 1200 West, is the only silica brick manufacturing company in the Western Hemisphere, according to Tom Mulholland, Director of Sales and Marketing. The company ships specialized products, which are cooked and cooled in six giant beehive-shaped kilns, to over 30 countries.

A silica brick or a fire brick, as it is sometimes known, is a product capable of withstanding extremely high temperatures and these bricks are often used to line the furnaces in the steel making process, in the glass industry, and they were even used as reentry heat shields for the space shuttle.

“After the attack on Pearl Harbor in 1941, the federal government began constructing strategically located defense plants inland away from the coasts,” said Mulholland. Geneva Steel was constructed near Utah Lake and in 1942 it was necessary for a brick refractory plant to be built to supply the needed fire brick to be used at the steel mill. Lehi was the chosen location for that plant which would make both silica brick and lining for coke ovens, he said.

According to the Lehi Free Press dated April 30, 1942,  getting this “small industrial plant” was front page news and the then Mayor Dean Prior stated, “Lehi had been selected for a brick making plant which will employ forty to sixty local laborers and prove a welcome addition to the area. It is hoped this is just the beginning and others will follow this present plant.”

Over the years, there have been changes in demand for steel and the fire brick. Many of the existing refractory brick companies were bought out and/or consolidated with other refractories, said Mulholland. While the name of the business and the owners have changed over the years, Lehi’s Utah Refractories Corp.(Formerly known as General Refractories and A.P. Green) is now one of the only silica and coke lining brick companies still in operation in the world. “Our major customer is the primary glass industry and the brick are used in the crowns (roof) of the melting furnace which makes glass,” said Mulholland.

Each of the six beehive-shaped kilns has a 100,000-brick capacity and despite advancements in mechanization, much of the work is still done by hand, according to information provided by the company. Just staking the kilns, which must withstand temperatures of over 3,000 degrees, for example, requires five days. The oven is then heated to 2,720 degrees for approximately ten days. Cooling requires another ten days and the removal of the brick an additional five days.

The company manufactures several hundred variety and sizes of brick with products ranging from nine-inch brick to intricate shapes and dimensions.

Due to the specialized nature of the brick which contains materials shipped from all over the world plus high purity quartzite rock found locally, the company has also been involved in a recycling process of crushing the used brick and reclaiming the materials for new production.

(Note from writer: Next time you drive by the factory you can’t help but notice the giant 70-year old kilns, and no they don’t make house bricks, I asked.)

Breakfast is served at The Original Pancake House