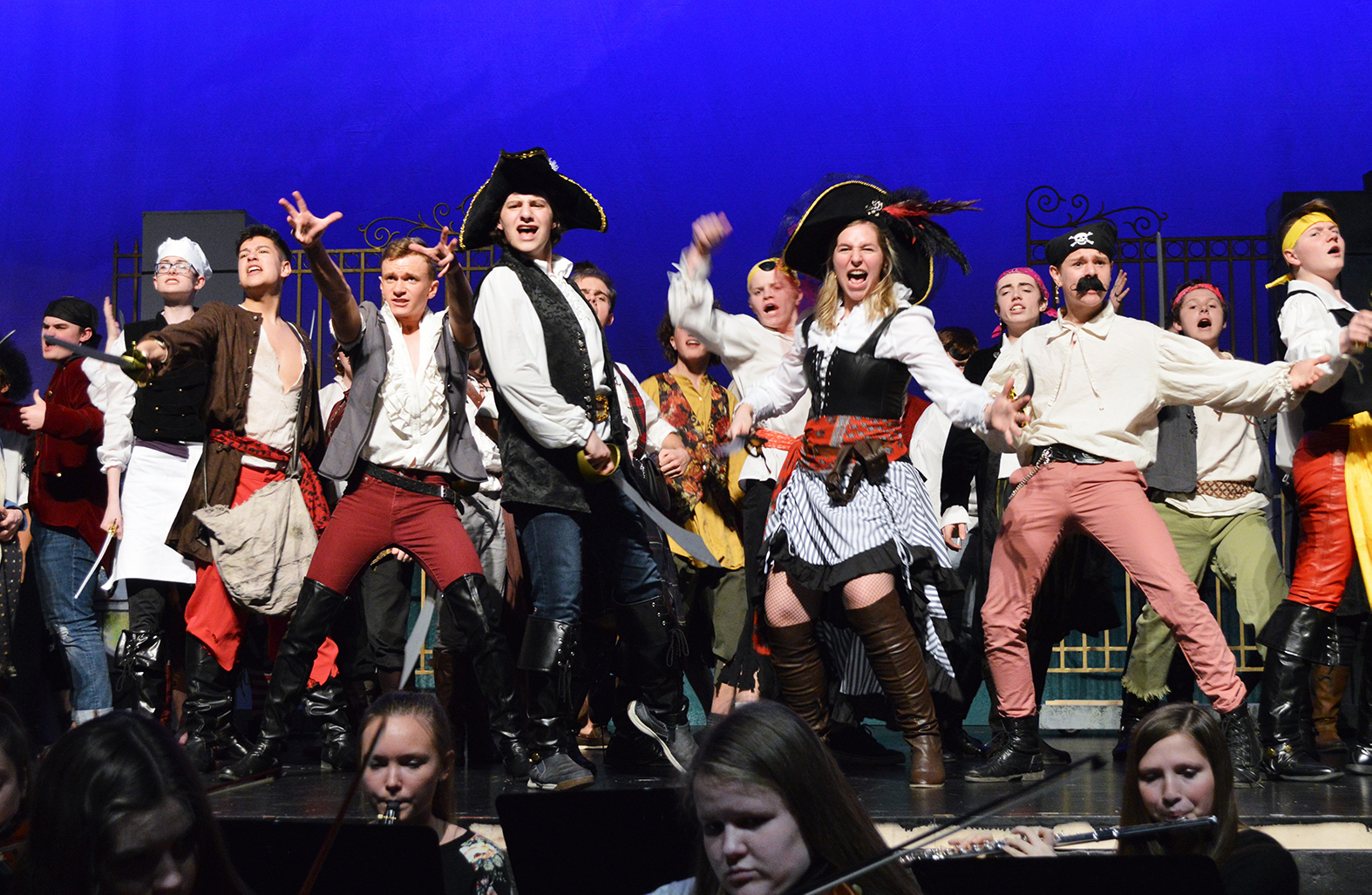 It’s time for the spring musical at Skyridge High School and they’re bringing Gilbert and Sullivan’s comic opera “The Pirates of Penzance” to life starting tonight, Thursday, February 28, and running until Tuesday, March 5. Shows begin at 7 p.m. and there is a matinee on Saturday, March 2, at 2 p.m. Tickets are available online at www.showtix4u.com or at the door.

“The Pirates of Penzance” is almost 140 years old, but the wit and satire are still fresh and relevant today. It’s the story of Frederic, a 21-year-old pirate, who falls in love with the daughter of a Major-General, Mabel. Frederic finds out he was born on February 29 and must remain in his indentured service contract with the pirates until his real twenty-first birthday, when he’s 63. Mabel agrees, innocently, to wait for Frederic. The music is fast-paced and high-energy, with relentless lyrics to match each note.

For the first time in its short history, the Skyridge production is accompanied by the school’s orchestra. None of the students acting or playing instruments has done a show with a live orchestra, but they are up to the challenge. A large portion of the stage was removed to make room for an orchestra pit in the front, which meant using less of the stage for the large cast.

“It is so much music and so fast and so many words! There’s very little talking, so the music has been big for this production,” said music director Kirsten Richards. “We had them practice staying behind the line during rehearsals before the orchestra came in. Now we just have to hope they all remember and don’t fall off the stage!”

“I’m not even worried, I’m actually super excited. The show is fun – it’s funny and charming and satirical. It’s exactly what we wanted to do,” said John Brown, head of the Theater Department at Skyridge and director of “Pirates of Penzance,” during the first dress rehearsal with the cast and orchestra together.

The cast of the SHS musical is never still during the show, all the singing is happening as they dance or run around on the stage. “Does this count for a P.E. credit?” one student asked John Brown after dress rehearsal.

“This is difficult music that is supposed to sound easy,” Richards continued. “Gilbert and Sullivan shows are unique – they were the beginnings of fast, rhyming lyrics. The kids are totally embracing the culture of it and the satire and working with a live orchestra. I’m excited for people to see it.”