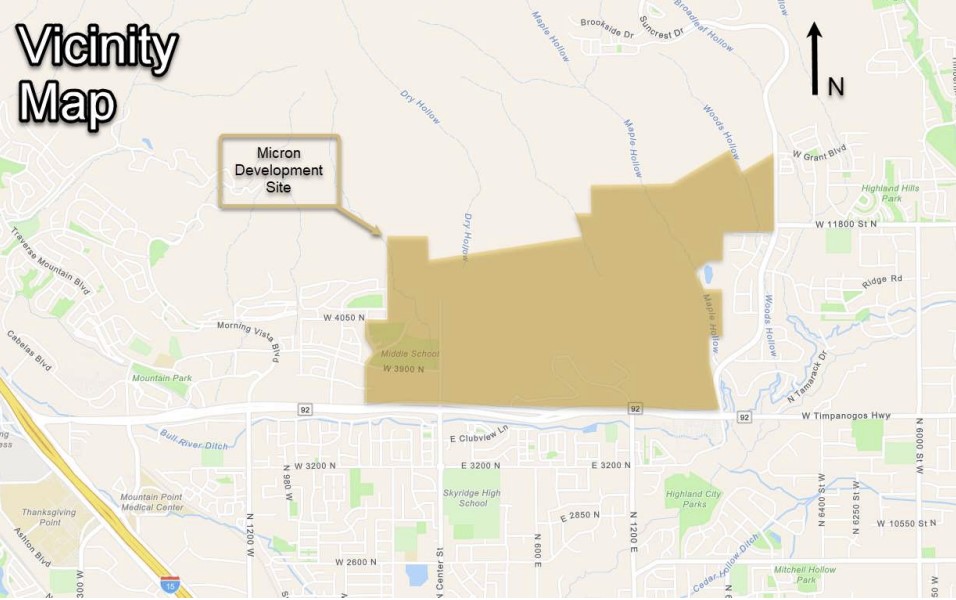 The Lehi City Planning Commission voted to give a positive recommendation to the City Council on D.R. Horton’s Skye Area Plan after reviewing hundreds of pages of information and three hours of discussion on the proposal at the August 4meeting.

D.R. Horton added 300 residential units (for a total of 2,436 units) in their area plan in exchange for giving 500 acres to Lehi City. Commissioner Tyer Eyre questioned the value of the swap, “They’re offering 500 acres to the city that are very hard to develop and cost prohibitive. Does the city want that? Is this a good trade? To put that many more homes in to tax our infrastructure and facilities for land they can’t develop anyway?”

“As a staff, we see it as a positive thing. This is a great way to preserve those hillsides and its unique great open space. We feel like it has significant value,” answered Kim Struthers, Lehi City Planning Director. Struthers also said the City would put the 500 acres in a conservation easement to keep future leaders from selling it to a developer.

“My concern is that we’re playing fair with all developers. We’ve told a lot of people we have a cap on our population, and we can’t add any units anywhere. We’ve denied ten additional units in a development because those small requests add up,” began Commission Chair Abram Nielsen. “Now we’re pulling 300 units out of thin air. From a procedure standpoint, what applies to one developer should apply to all, in my opinion.”

Commissioner Eyre was happy with Struthers’ explanation for the trade. “I was looking at it cynically. It is beautiful and worth preserving,” he clarified.

Several commissioners implored Jeff Stevenson, representing D.R. Horton, to work with the Traverse Mountain Trails Association immediately on adequate trail connections from the start of construction. “The cost of trails should be included in the trade for density,” said Commissioner Scott Carlson.

The traffic study for the Skye Area Plan is almost 1,000 pages long. Lehi resident Brandon Ethington expressed concerns that the study is out-of-date because it was completed before Viewpoint Middle School opened. “We have real data now and more traffic problems in that area,” said Ethington. “It was nice to see the City fix the flow at Viewpoint immediately when problems came up last year.”

“With Belmont, the boundaries won’t always be what they are today. There’s no need to re-do roads,” said Seegmiller. “Often with schools, it’s bad for 20-30 minutes, and then it’s done. Other than loading and unloading, it’s really light traffic.”

“I don’t think we should base decisions today on the hope that someday there will be another school out there or a boundary change that will solve all these problems,” Carlson remarked.

“We’re managing the existing situation, and I don’t see it becoming unmanageable based on the traffic study,” answered Seegmiller.

The parking subject came up, and Stevenson from D.R. Horton reiterated the position he shared at the previous Planning Commission meeting. “Parking is in the eye of the beholder. The Planning Commission has one opinion, and I have another. We’re going to change for this project, but we think it’s in direct conflict with the moderate-income housing plan.”

Stevenson argued that Lehi City’s new plan to allow residents to park in guest parking stalls eliminates tandem parking, eliminating the most affordable units available. “What you’re saying is that unless you have a certain level of affluence, you’re not really welcome to live in Lehi,” Stevenson concluded.

“What happens is people use the garage for storage and the tandem spot and the street for parking. You see it all over Lehi,” said Commissioner Roger Ellis.

“The challenge is that you design the units based on a single family living there. The reality is, as we’ve learned in other parts of the city, that it becomes a rental with sub-rentals, and now there are four cars instead of the two it was designed for,” added Commissioner Brent Everett. “We’re kind of caught – do we plan for the intention or the reality? I think we have to consider both.”

The commission voted to give positive recommendations to the three D.R. Horton requests; a General Plan Amendment for the Skye-Lehi Addition (boundary adjustment between Lehi City and Draper) with approximately 1,035.49-acres, the Skye Area Plan including 985 additional residential units in the Draper-Lehi Municipal Boundary Line Adjustment Area and the Sky Area Plan amending the Micron Area Plan and including 2,436 equivalent residential units (ERUs), mixed space, a civic site, open space, trails and roadways at Timpanogos Highway and Center Street.