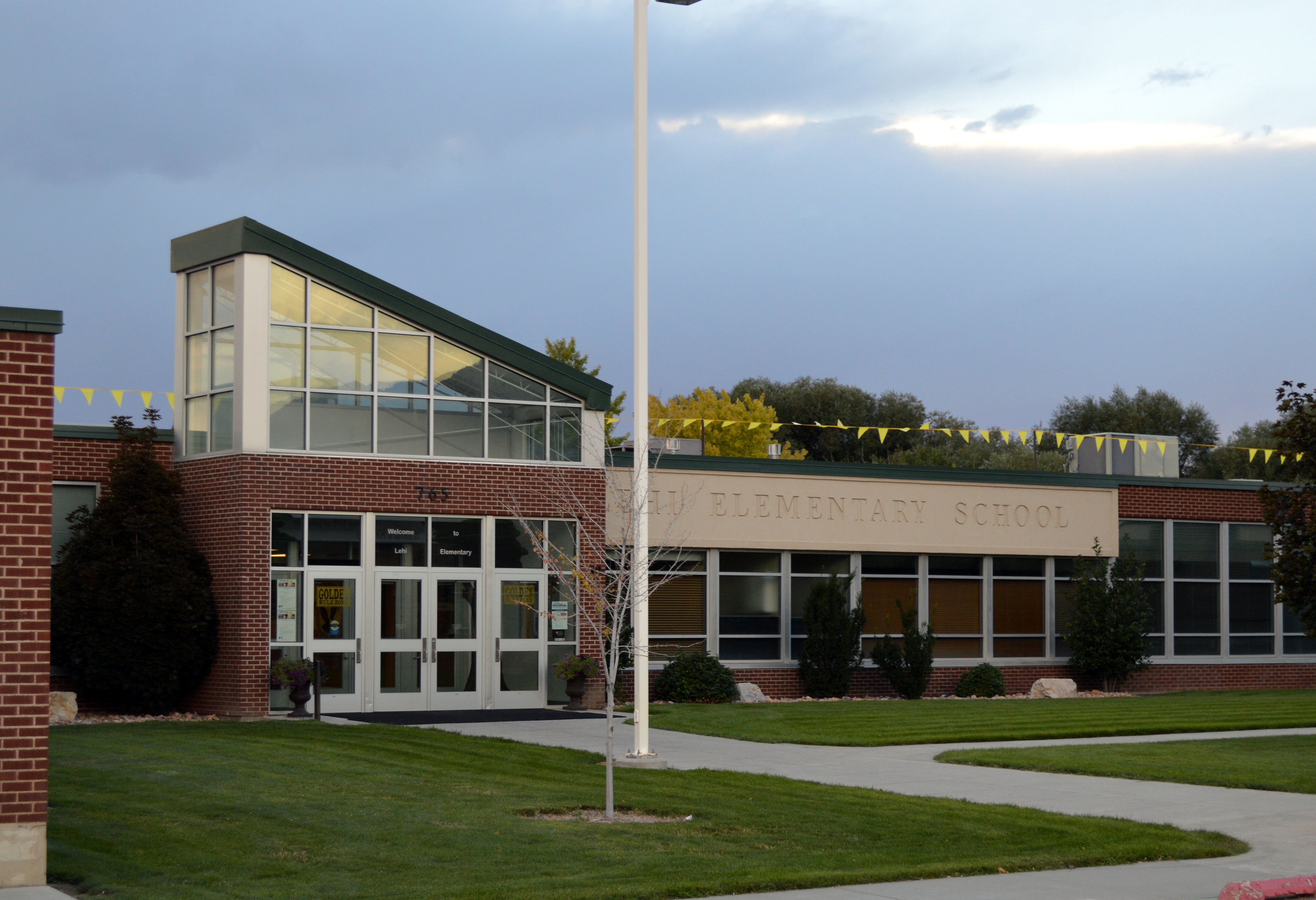 Before Lehi Elementary was built in 1951, children in town went to school in two small buildings located where the Legacy Center is now. The new school on Center Street was a big deal and the whole town celebrated its completion. In the early 1960s, Lehi Elementary was surveyed and met the criteria to serve as a fallout shelter for the city. If an atomic bomb were to be dropped, in theory the survivors could go to the grade school for shelter from the radiation and live for up to two weeks on the rations and supplies stored there.

Lehi Elementary is the oldest school in the city. At the annual Dance Festival in May, Principal Joel Miller invites parents and even grandparents of students who also attended Lehi Elementary to stand and be recognized. So far, there have been a handful of people each year who were students at Lehi Elementary and who proudly stand up in the audience. A wing of new classrooms was added to the school in 2004, and the outside and inside of the school has changed over the years, but it’s still a familiar place to longtime Lehi residents.

Principal Miller has been at Lehi Elementary for four years. Coming from teaching, counseling, and administrative positions in secondary schools in West Valley and the Jordan School District, Miller thought he’d be bored at an elementary school. As it turns out, he’s too busy to be bored and he says his maturity level is about the same as the fourth graders, so he gets along well with the students at Lehi Elementary. Miller has been amazed at the quality of teachers at the school—they give 100% of themselves to the kids and to each other. The PTA at Lehi Elementary is the most dynamic and engaged that Miller has ever known.

In 2015 Lehi Elementary was voted Best of State for all public schools K-12. The judges for that recognition look for businesses and organizations that excel in their endeavors, use innovative approaches or methods, and contribute to a better quality of life in Utah. Thanks to the collaboration of teachers and parent volunteers, Lehi Elementary is able to have a band, a ballroom dance class, a chime choir, a drama club, and a choir. The Community Council, an elected group of parents who serve two years and help distribute the Trustland Funds from the state of Utah, even came up with a Gifted and Talented Program for Lehi Elementary. Principal Miller applied for, and received, the Beverly Taylor Sorenson Grant for Arts and used the money to hire Vangie Jones as an art and music teacher. Jones identifies art mediums to connect core curriculum in each grade level for differentiated learning experiences. In other words, she helps the children learn and apply a concept they’re covering in the classroom through art and music.

The brick and mortar of Lehi Elementary may be 65 years old, but the students, teachers, and staff are just as young and passionate as ever. In Principal Miller’s words, “Why would you want to go anywhere else?”