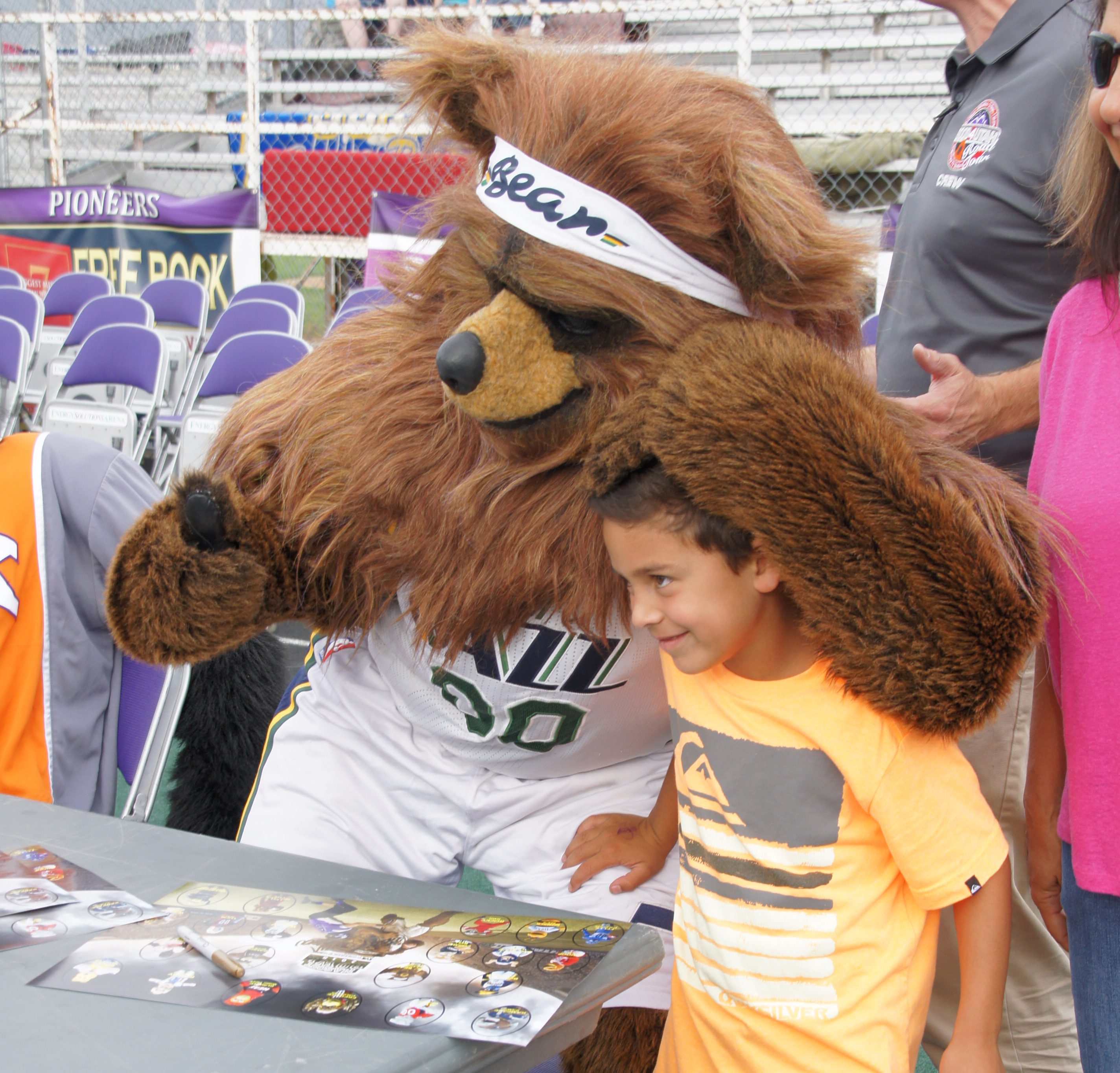 LEHI, Utah (September 12, 2016) — Since 2004 the community of Lehi has enjoyed the annual Mascot Bowl. It started at Lehi High School as a service project for the sports marketing class taught by Becky White. Their goal was to raise money to provide a Christmas for children who would otherwise go without. Little did White know that it would grow into an event that adults and children alike would look forward to each year. Since 2004, the Mascot Bowl has raised over $150,000 and provided a Christmas for nearly 1,500 Lehi area children. After 12 years at Lehi High School, the Mascot Bowl will be held at Skyridge High School. White said, “I’m so proud to be from the great city of Lehi and appreciate all the support we receive for this event year after year.”

The event will begin at 5 p.m. with a mascot and celebrity autograph session, including Derrick Parra (Olympic gold medalist speed skater), Jared Ward (Olympic marathon runner), John Buck (former MLB catcher), Aaron Lesue (arena football player and former Utah State University wide receiver), and other local celebrities. The all-star mascot team, which will feature local and professional sports team mascots, will take on the 8th grade football teams from both Lehi and Skyridge. A fireworks show will take place at the conclusion of the game.

This year’s roster includes mascots from teams all over Utah and the entire United States and will benefit “Bear Hugs for Kids” and “Firemen and Friends for Kids,” both of which provide holiday shopping sprees for local children in need, and is planned and executed by the Skyridge High School and Lehi High School Sports Marketing students under the direction of White.