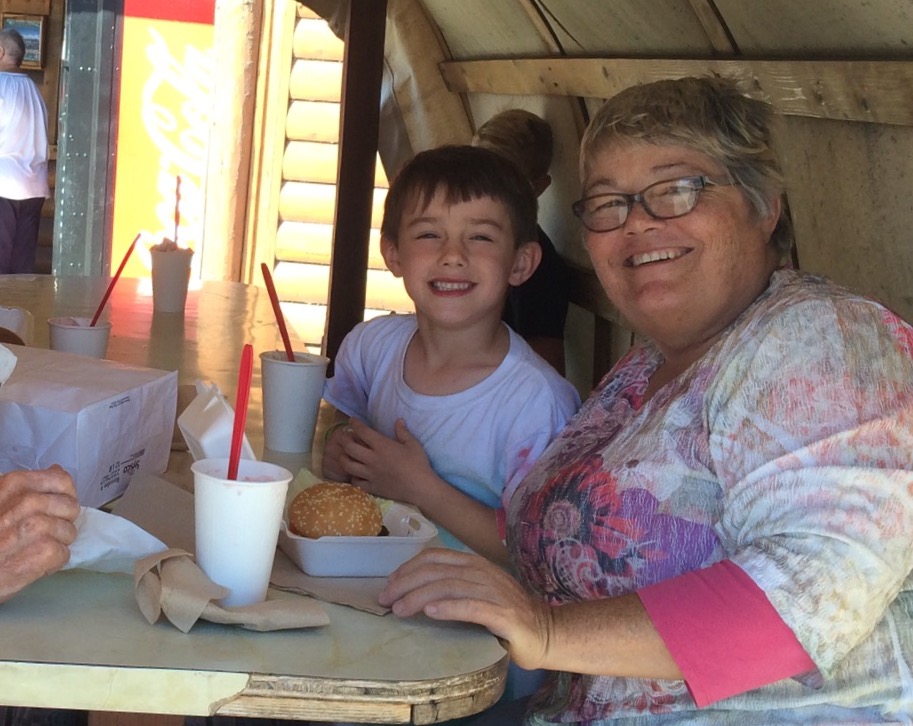 When asked how she feels without news stories to write, Cathy responds, “I don’t have to have pens in my purse. I feel free and relaxed.” Long-time writer for the original Lehi Free Press and Daily Herald, Cathy Allred recently retired after nearly two decades as a newspaper reporter.

Cathy began her career as a freelance writer for the Daily Herald. She was a stay-at-home mom with a 2-year-old and saw an ad for a writer. She cut the ad out of the paper and taped it to her fridge. She looked at the ad for weeks and then decided to apply. The editor of The Daily Herald asked her to write about herself for 5 minutes. She had a hard time doing it. She was hired anyway!

Cathy confessed that she is an observer. When she was a child in school, she would always sit in the back of the classroom and watch the other students. She always had a notebook with her and wrote about her observations.

Cathy lived in Washington state during her youth where she was taught by missionaries from the Church of Jesus Christ of Latter-day Saints. She was baptized and served a mission in Japan. Upon returning home, much to the dismay of her parents, she enrolled at Brigham Young University. She met her husband David Allred, a Lehi resident, and was soon married. Coming to Utah was a good thing: She commented, “I had wonderful spiritual moments.”

Her very first story for the original Free Press was about the building of the new bridge across the Jordan River. She wrote three versions: one about the history, one about the technology in building the bridge, and another about how important it was to Lehi. Russ Daly, editor of the Free Press at the time, printed all three stories.

One of the most difficult times she had as a reporter was having to report on a murder in Traverse Mountain. She was on the way to a dentist appointment with her children when she received a call to go and report on the incident. A disgruntled worker felt he had not been paid by his employer, and a confrontation took place which resulted in the death of the company supervisor. Another heartbreaking story she reported was the Pleasant Grove mother who murdered six of her newborns and hid them in the garage.

Cathy’s favorite writing assignments were covering schools and education. She loved reporting on the unique and fun activities that are held in our elementary, junior high and high schools. She specifically mentioned the Leprechaun Hunt at Meadow Elementary. Cathy has great respect and admiration for teachers, their hard work and love of students. She also has great respect for our city leaders. “They all have the best interest of Lehi at heart,” she said.

Her children, Heath, Katie, Jeni and Sarah have had to be patient with a mother who is also a reporter. One day her oldest daughter was cutting class to hang out in the wood shop, flirting with the boys, when Cathy, on assignment, walked in to the wood shop. “What are you doing here?” asked Katie. Mom was just as embarrassed as her daughter. The kids always warned their mother not to mention them in the newspaper.

Cathy has been honored for her journalistic endeavors, receiving the Pulitzer Award for Excellence in Journalism and first place awards for stories published in Pleasant Grove Review and the Daily Herald.

Future plans for Cathy involve getting her home ready to sell. Her family wants to move to a more rural area, and she’d like to work with John Haws at the Lehi City Archives. Her parting remarks were, “I haven’t read a paper in two weeks and it’s wonderful.”