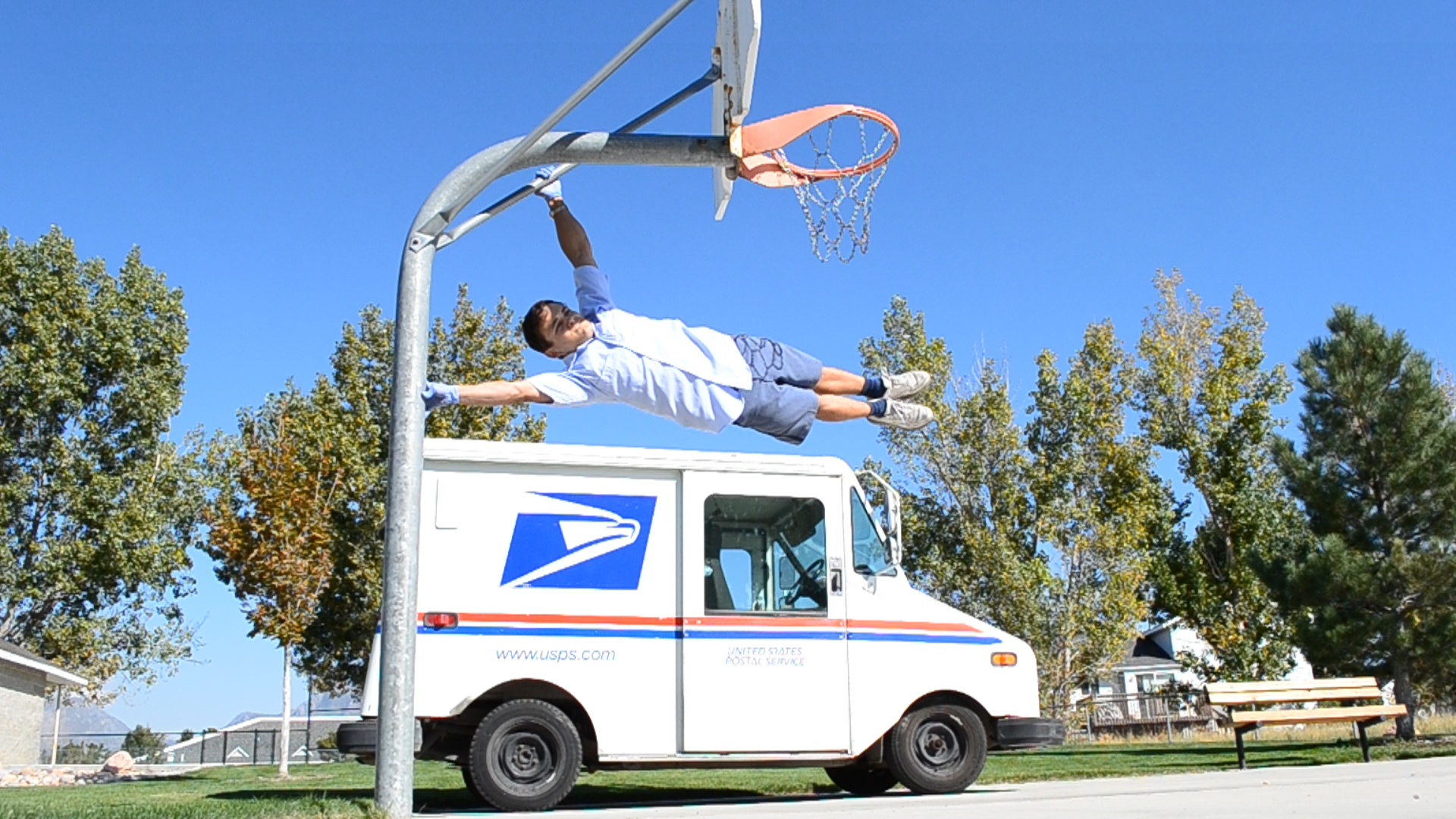 The mail is something that we pick up and look at everyday without even thinking twice. But, Murodjoni Sharifzoda, who goes by “Joni,” is a mail carrier here in Lehi, can assure us that there is more to the job than just putting letters into the mailbox through a truck window. This 20-year-old, originally from Uzbekistan, grew up in Florida and moved to Lehi to pursue an education in the summer of 2015.

After two months of job searching, he was hired by the Lehi Post Office and has found out the job was much more taxing than he originally thought. He tells us, “I quickly learned that this job is fast paced, tough, and physically demanding. Within a month I had lost 15 pounds, not from lack of nutrition, but because I sprinted through hundreds of lawns each day.” He also learned to drive a vehicle with the steering wheel on the right side.

He says to imagine jumping out of a vehicle 300 times while delivering 100 or more packages for 5 days a week: that is just a little taste of what it is like to be a mailman. But, he learned much more than how to deliver packages during his employment. Murodjoni says that he worked with individuals who unknowingly inspired him to push himself and find his real potential.

“I would like to thank Carlos, Erick, and Rowland for taking me under their wing and mentoring me. I would also like to thank Patrick, Brandon, and Zack for being great supervisors,” says Murodjoni. He wants to thank Lehi City for being so genuine and for providing him with opportunities to learn and grow. He states, “I will forever cherish the memories, and Lehi will always be home to me.” He will be attending Neumont University in Salt Lake City this fall.

“Up with People” to Perform at Thanksgiving Point Saturday