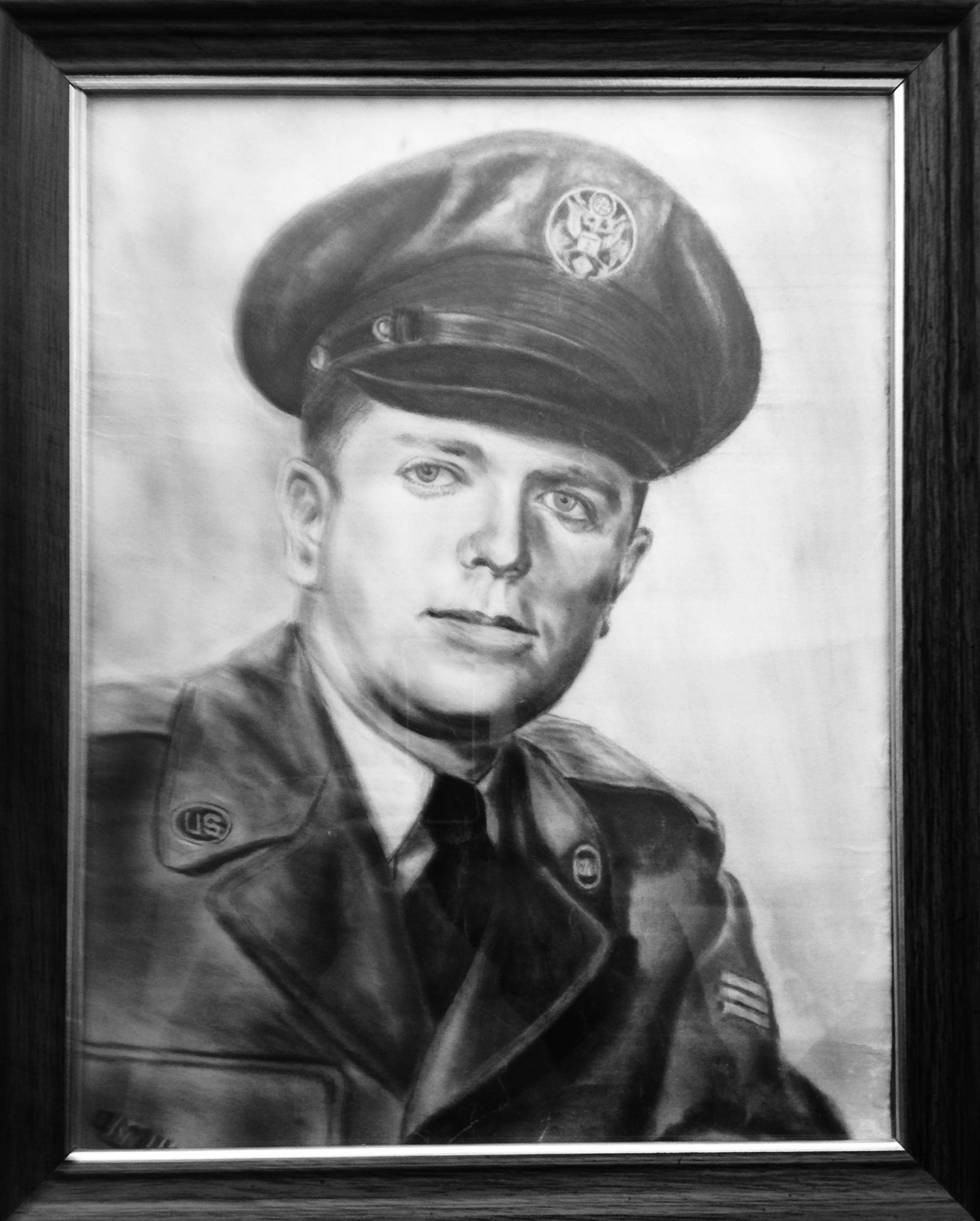 Each year the Lone Peak Police Department selects a war veteran to send to Washington D.C. to view the iconic Veterans Honor Wall. This year Reldon Barnes, a lifelong Lehi resident, was selected.

The Lone Peak police officers grow beards to raise the money necessary for the cost of the trip. Starting on the first of November they are not required to shave, but in return for this privilege they must contribute $20 each month to the veterans’ fund. Officers have four months to grow their facial hair, then on March 1 they must come to work clean shaven.

Brian Gwilliam, Lone Peak chief of police, interviewed Barnes at his home who shared some of his war experiences. Barnes enlisted in the Air Force in 1952. He received his draft notice several weeks after he enlisted. Three other Lehi men enlisted at that time–Alvin Seltzer, Keith Webb, and Stan Grant. They all went to basic training together in Pleasanton, California.

After basic training, Barnes served in Tokyo, Japan as a communications director. His responsibilities were to send messages where they should go. He worked in the Far East Communications hub. Barnes mentioned that he hated to see the teletypes come in from Korea containing the casualty lists.

When asked about his experience in Tokyo, Barnes commented on the cold weather, “On winter mornings you would wake up with snow on your bed and the water in the toilet would be frozen.” On one occasion, the liberty ship he was on had engine trouble and the crew spent four days bobbing in the ocean. A typhoon was raging in the area. The crew barely escaped the ravages of the strong winds.

Barnes is married to Rozanne Woodard and they are the parents of five children and enjoy traveling and camping with their sixteen grandchildren. The couple love to travel and spend time at their cabin near Fish Lake. They especially enjoyed many years of square dancing with friends. The Barnes couple served a mission to Cove Fort, Utah where they had many memorable and inspirational experiences. Their living room is filled with family photos.

Reldon will turn 84 on Christmas Eve and when asked about his life he replied “I have been blessed with good health and a good family.”