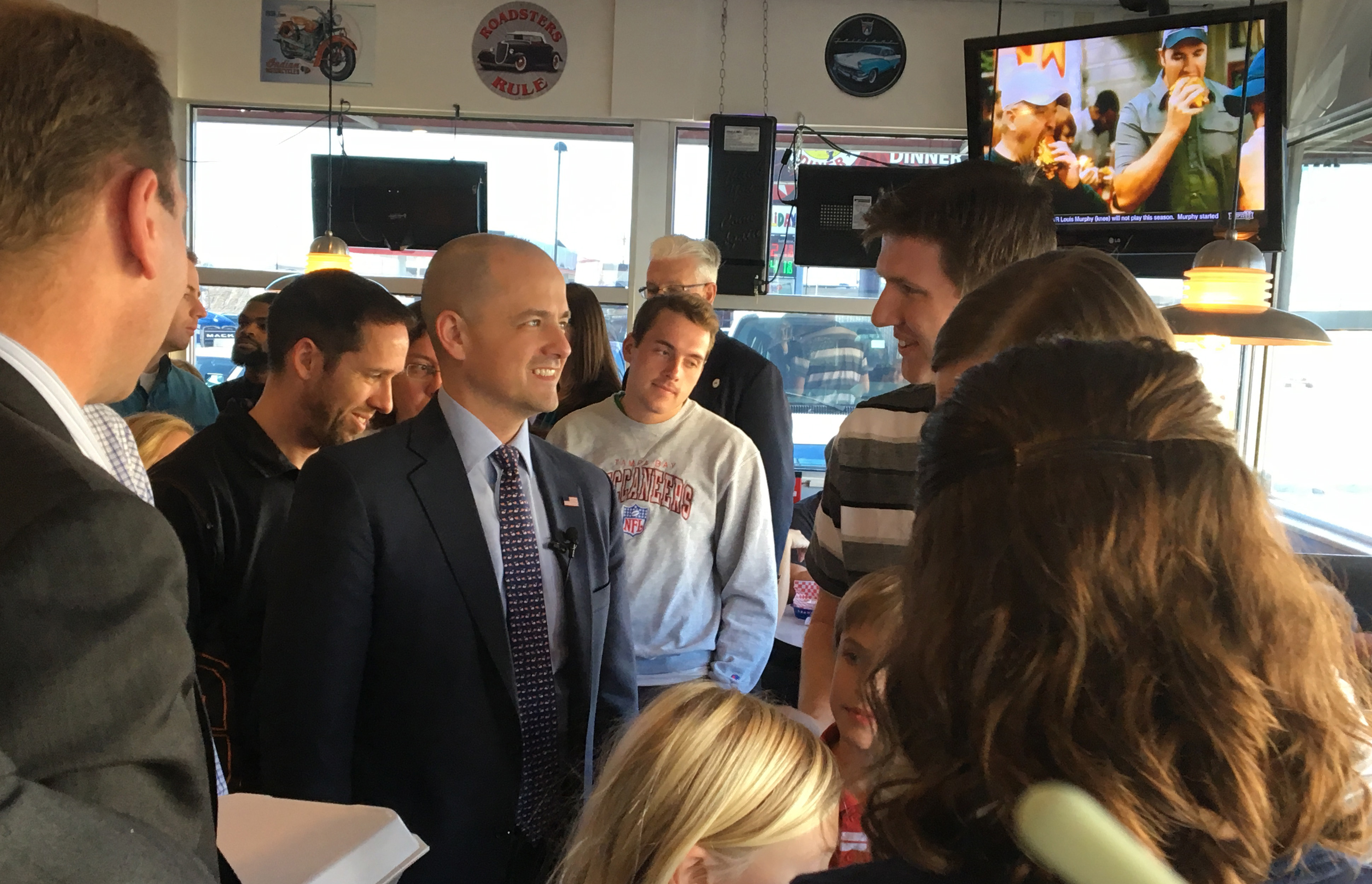 It’s not often that a candidate for president of the United States makes a campaign stop at a diner in Lehi. Today at lunchtime, hundreds of people gathered for an opportunity to meet Evan McMullin at One Man Band Diner. McMullin visited with the elderly, the middle aged and young families who were excited for the chance to take a photo and speak to McMullin.

According to Rina Shah, McMullin’s chief spokesperson, “Utah County rallies have been our most energetic stops nationwide. McMullin’s platform resonates here. People here genuinely believe both major party candidates do not represent their values.”  Shah’s religion is Hinduism, and she has parents who were immigrants. Shah values McMullin’s conservative, pro-family stand, which she admits is a big part of his appeal in Utah.

Melissa Willes, originally from Lehi, but who now lives in Salt Lake City, attended the gathering and said, “I feel like he’s the most ethical of the candidates, and the most respectful of others’ viewpoints and beliefs.”

Robin Ball, who lives in Highland, said, “I trust him.” When questioned why, she added, “I honestly believe he’s a good man, who has America’s best interests at heart.” Another young woman, Kimberly Telford, attended the event and said, “I think Evan is honest, capable and intelligent. He gives detailed answers and strategies to policy questions. He’s also pro-life and conservative.”

When Shah was questioned about the possibility of a McMullin victory, she said, “We genuinely believe we have the ability to block both major candidates. We do not view this as an impossibility.” McMullin’s next stop is an election eve rally with his running mate Mindy Finn at the Utah Valley Convention Center in Provo.

“Kennyisms” Fitness and Health: Focus on Discipline, Not Your Goal