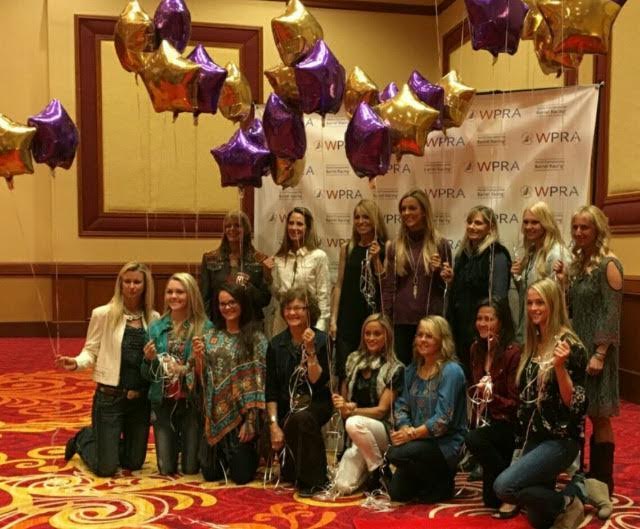 Nancy Hunter’s, “Glitter Like Gold” campaign debuted in December 2015 when she made her second official appearance at the National Finals Rodeo, more commonly known as the NFR.  She went on to continue the campaign throughout the year but was diagnosed with pancreatic cancer in August 2016, and was unable to qualify for the 2016 NFR.

However, what Nancy describes as a miracle, the “Glitter Like Gold” campaign continues through the hard work of her barrel racing buddies, and the 2016 NFR qualifiers at this year’s National Finals Rodeo, running from December 1 through December 10 at the Thomas and Mack Arena in Las Vegas, Nevada.

Hunter started the campaign to raise money and awareness for childhood cancer, after it played a significant role in her life. Nancy’s son, Colton Hunter, was diagnosed with Hodgkin’s Lymphoma at the age of 10. Through the hard work and research of doctors and others at Primary Children’s Hospital, Colton was cured. Since then, Nancy has been dedicated to raising awareness of childhood cancer.

In the 2015 National Finals Rodeo, where Nancy was a contestant, she encouraged all the contestants and the fans to wear gold on one of the 10 competition nights. To her delight and surprise, the entire Thomas and Mack arena was adorned in gold, helping her cause of raising awareness. Through Nancy’s campaign, just over $10,000 was raised for St. Jude Children’s Research hospital.

In August of 2016, Nancy was diagnosed with pancreatic cancer, and was unable to continue her journey to the National Finals Rodeo as she had planned. This year, the 2016 NFR barrel racers, who also serve as Nancy’s dearest friends, decided to continue her “Glitter Like Gold” campaign, partly to honor and support Nancy in her own fight against cancer.

The 15 barrel racers released purple and gold balloons at the NFR luncheon in honor of Nancy. Sherri Cervi, one of the barrel racers, said just before the balloon release, “It was really important to Nancy to raise awareness for such a worthy cause. We are more than happy to continue the campaign this year. We are all here to support Nancy, and we are sending prayers her way.”

On December 3, The Thomas and Mack Arena was once again adorned in Gold for childhood cancer awareness, but this time, purple was added to the mix, to show support for Nancy and her battle against pancreatic cancer. Several NFR contestants from multiple events wore purple for Nancy including Kimmie Wall from Utah, and Nancy’s close friend, Michele Mcleod.

The barrel racers made gold feathers to place in hat bands by the hundreds, and they encouraged all to donate to St. Jude’s Children’s Research Hospital. When she saw her barrel racing friends continuing her efforts, Nancy said, “Wow, what can I say but thank you. What an honor you have given me, I am very blessed. Glitter like gold 2016 and forever.”