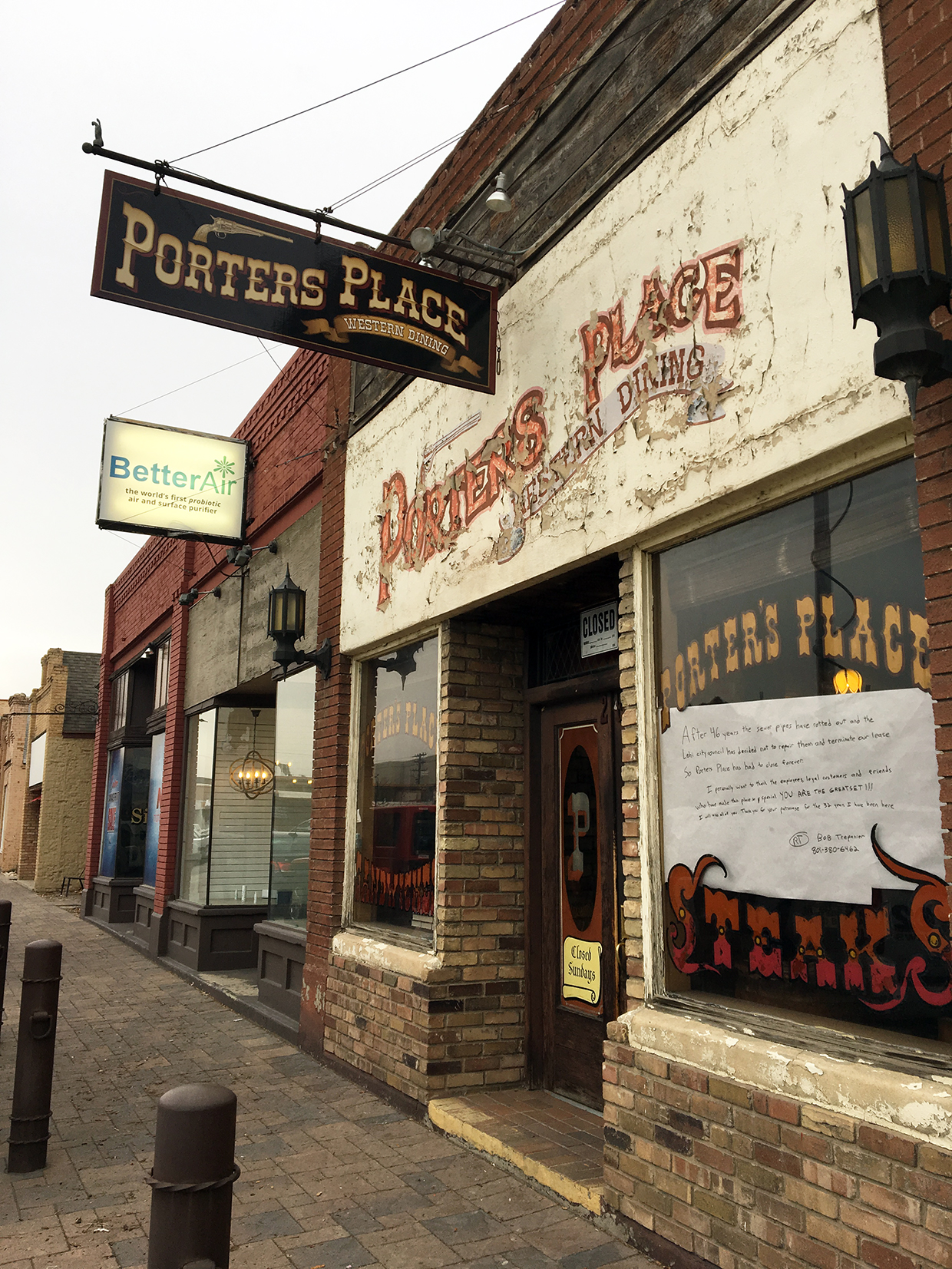 One of Lehi’s iconic businesses has closed its doors. Porters Place, a local western style eatery has been in business for 32 years. The restaurant has been forced to cease operation due to Lehi City’s reluctance to repair sewer pipes under the building.

On December 26, Robert Trepanier, owner of Porters Place, opened his business only to find that the sewer system was not working. Trepanier called Lehi City, owner of the building, to get someone to come and look at the problem. According to Trepanier, “Lehi was very cooperative in the beginning.” Marlin Eldridge, Lehi City Economic Development Director, reported, “Everything is rotted out. It will cost around $37,000 to repair the sewer system and the City Council is leaning against not fixing it.”

Work was stalled until after Lehi City Council meeting Tuesday, Jan. 2. In a closed session, the Council did not authorize repair of the sewer line. Trepanier was told on Wednesday that the city would bring in structural engineers to determine the viability of repairing the building and bringing it up to code.

“Being closed for this long has pretty much killed my business,” said Trepanier. “The City is looking at having individuals come up with proposals for the property and then they will decide what would be the best proposal. I personally believe they would like to see it demolished.”

According to Cameron Boyle, Lehi Assistant to the City Administrator, “Porter’s Place is a tough situation. We recognize the historic value that the restaurant has played in our community and know that it is sentimental for many. However, the cost of repairs is so great that we have to consider how to best manage taxpayer dollars. Regardless of what the outcome may be, we are focused on maintaining a historic feel to Main Street.”

Lehi City bought Porters Place in 2008. Trepanier was going to relocate his business to the Point of the Mountain. When the economy slumped, Trepanier decided to halt the construction of his new business. He asked Lehi City if he could buy back his property and Lehi declined to sell. Trepanier has leased the property from Lehi City since 2009.

When asked what his plans are, Trepanier replied, “I don’t know. I have no income coming in and I have to support my family. There is no concern for the little guy anymore.”