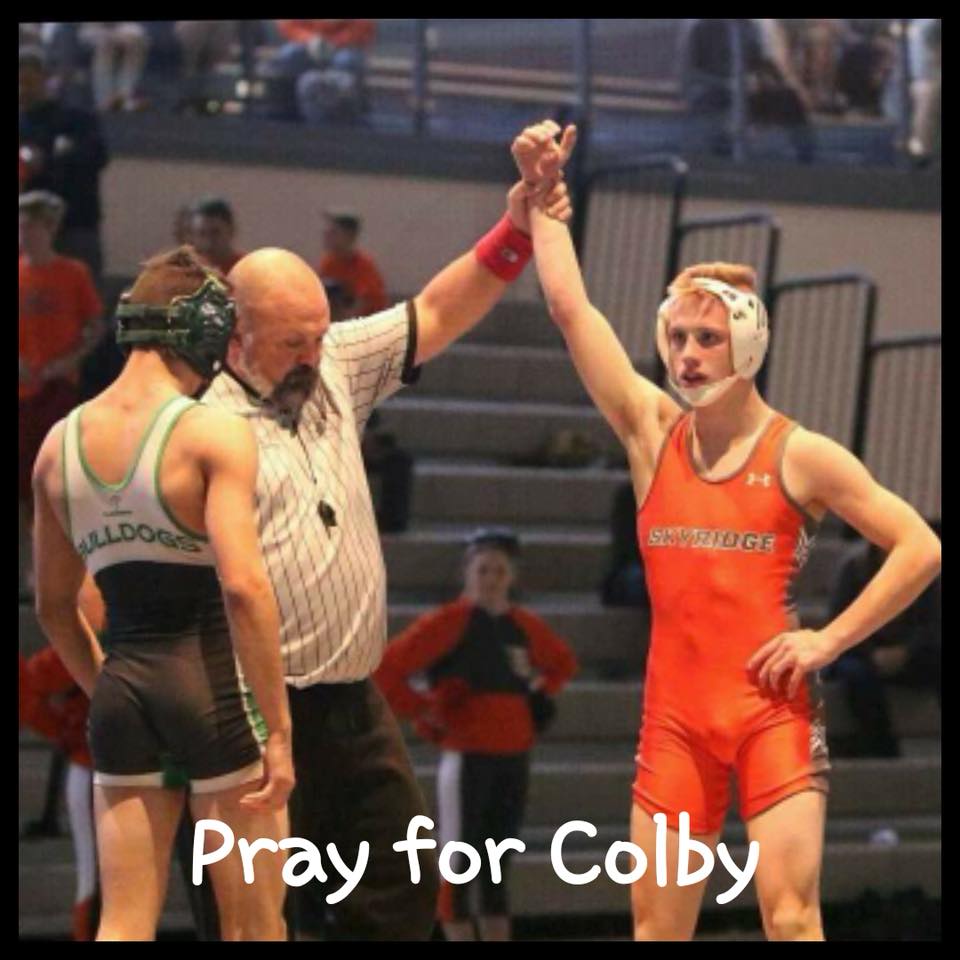 Colby Heaton, a beloved Skyridge student and wrestler, was in a serious car accident near Smith’s Marketplace in Lehi early the morning of January 15. Heaton was life flighted to Primary Children’s Hospital with severe head trauma.

After the accident, family members established a GoFundMe account which totals $9,675 with a $10,000 goal. Over 175 people have donated in 20 days with more financial help coming every day. All around the Skyridge community, supporters are wearing orange wristbands imprinted with “#colby strong.” Physically, Heaton has been recovering every day. According to Colby’s sister Joselynn, “some days are better than others, but it’s nothing that Colby can’t handle.”

Joslynn received the news about Colby from her mother, who opened her bedroom door at 3:36 a.m. and was told her little brother had been in an accident and was being life flighted to the hospital. She could not believe what was happening.

Joslynn knew in her heart Colby would be okay. A Facebook page was set up to keep loved ones up to date on Colby’s progress. There have been many loving and supportive comments from the whole community. Many events have been organized to help honor and support the family. A dedication wrestling match for him was held, a Chick-fil-A night was organized, with part of the proceeds donated to the family and there has been love and prayers all around.

Joslynn provided the following update, “I wish everyone could see what he looks like now compared to the first day he laid on the hospital bed. It’s astounding to me how hard he has fought for himself and all of us. But as soon as he walks out of that hospital, he will be the same kid we have all grown to love.” Colby has many friends visiting and loved ones surrounding him daily.

Local non-profit provides refurbished laptops to those in need