Round-Up has always been about building community 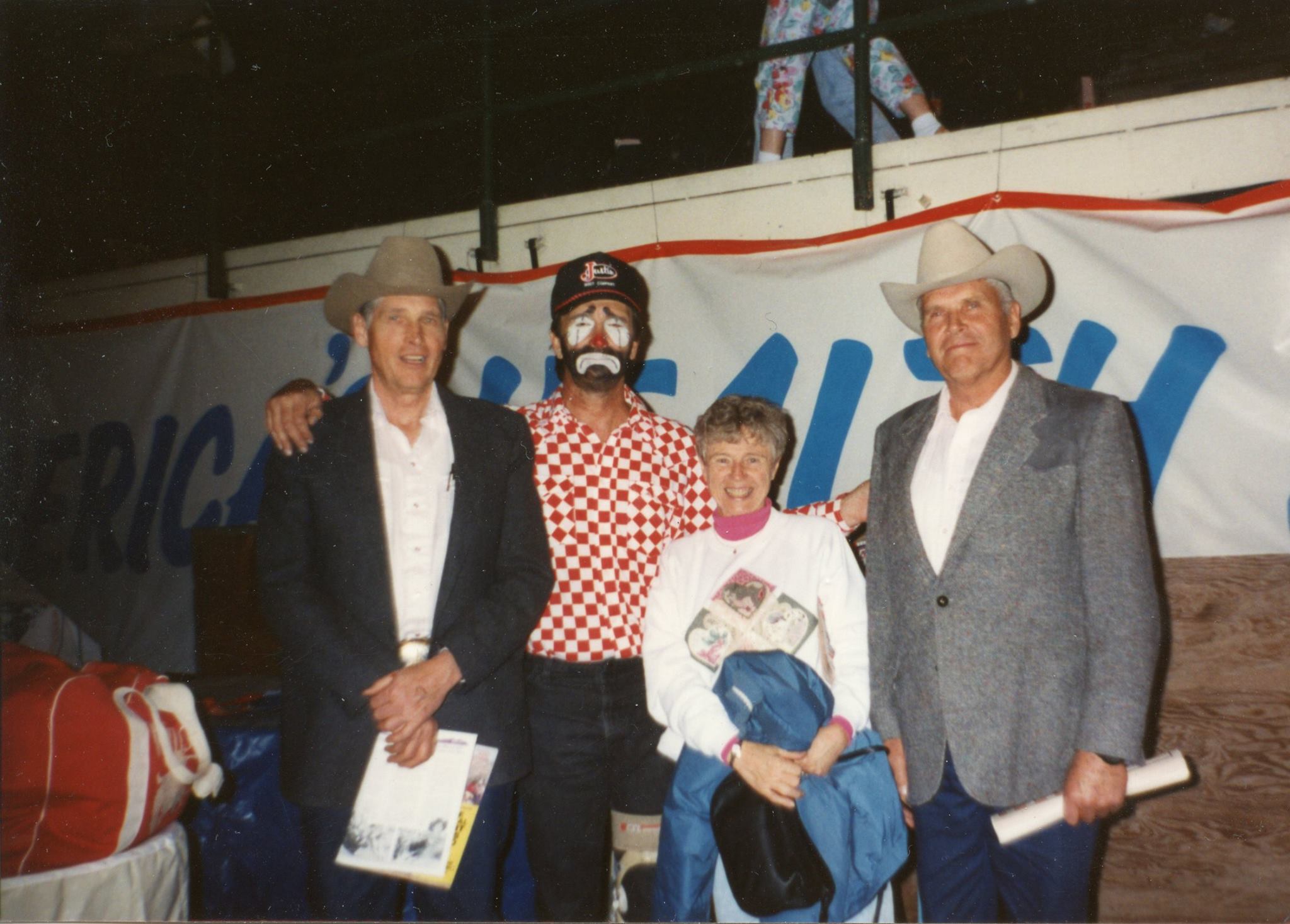 By all accounts, the Lehi Round-Up is one of the highlights of the year for the community of Lehi. What’s even more interesting is it’s been that way since the pioneers first settled Lehi.

In the early 1850s and after being cooped up in their fort, which was built where the Legacy Center is today, the early settlers began to pick on each other. Lehi’s first LDS bishop, David Evans, recognized that the people needed a distraction, so he had them plan a parade.

It worked like a charm, and civic leaders have been using this method ever since.

“It’s never been about the event,” said former Civic Improvement Association President Stan Lewis at a March Sons of Utah Pioneers meeting. “It’s been about building a sense of community.”

That’s why community members flip hamburgers together at the rodeo instead of hiring it out. That’s why LDS wards are invited to work together to create miniature floats for the parades. And that’s why anyone with a horse is invited to ride in the Stock Parade.

In 1987, the Lehi Round-Up Rodeo marked 50 years with all kinds of celebrations as well as a publication. The book was the work of Round-Up enthusiast and Lehi native Dona Anderson, who worked from the detailed scrapbooks she kept of the rodeo over the years.

In honor of Anderson, wife of Melvin Anderson, and to give a bird’s eye view of the beginnings of Lehi Round-Up Days, the following, “Community Efforts Organized,” is from Dona Anderson’s Round-Up publication:

The Lehi Roundup with all its involvements of community interests, had its beginnings as the outgrowth of several different city celebrations. The local newspaper of July 4, 1923, reports:

“There will be something doing from daylight to midnight. At the City Park, a Tug-of-War between the farmers and the businessmen will be staged. There will be races and a greased pig chase. The national boxing match between Dempsey and Gibbons will be covered with a special hook-up to let everyone at the celebration know how the fight is progressing and who wins.”

For the July 24th Pioneer Day, a Miss Lehi and a Miss Utah were selected. In the parade, Indians and Cowboys who had come to town for the first rodeo were an exciting addition to the floats and marchers usually seen in the parade.

In 1930, another celebration was held in August called Sugar Days. A rodeo and a miniature parade were held in the City Park. Then in 1934, the Daughters of the Utah Pioneers, with the help of LDS bishops were responsible for planning and organizing the entire celebration.

In 1936, the [LDS] stake presidency and bishoprics of the five wards appointed both the Sons and Daughters of Utah Pioneers to be in charge.

Sept. 14, 1937, was a “…red-letter day, as planned by the committee with J. Earl Smith, Evans L. Anderson, and Rulon Fox as general chairmen. Community Day was planned to become an annual affair that would rival Strawberry Day, Poultry Day, Onion Days and Peach Days of other communities. This day was to encompass the efforts of the entire community and involve them in exhibits, a pet show, milking contests, horse-pulling contests, a fashion show, a flower show and a hobby show … and everything that makes a Fair successful.”

The following year, Tuesday, Sept. 6, 1938, Lehi’s Community Day drew large crowds. There were exhibits in the Memorial Building of flowers, needlecraft, and agriculture. The parade featured Primary children on floats and decorated toys. In 1939, another successful Community Fair Day was held.

The celebration for 1940, however, was called the Blackhawk Encampment and Homecoming, and enlarged on the Encampment that had been held 10 years previous. This continued through the week of Aug. 13-18. The committee decided to build a float that would be entered in parades in Provo, Nephi, American Fork, Salt Lake City, Spanish Fork, Springville, and Heber. But on July 11, the float was parked in front of the home of Mrs. John Broadbent and some youngsters, playing with firecrackers, set fire to the float. Mrs. Alice Broadbent saved one side by dowsing the fire with a garden hose.

That same year, 18 contestants were entered in the contest to select Miss Blackhawk and Miss Lehi. Their program included sunrise services, band concerts, pageants, dance revues, softball games and dances along with the city activities of parades, horse-pulling, and a rodeo.

In 1941, it was concluded that there was a need for a regularly scheduled celebration, with a continual committee. A group of businessmen took it upon themselves to form a civic organization for this purpose. They took out papers of incorporation and officially formed the Lehi Civic Improvement Association.

A “Name the Celebration” contest was held and Mrs. Ethel Hunger created the winning name—The Lehi Round-Up. Ever since then, this organization has directed a round-up of dedicated citizens who have given freely of their time, energies, and personal finances in many situations, to provide the kind of celebration that all can enjoy.

The celebration is centered around a professional rodeo that has gained respect of participants in this sport as well as many fans throughout the West.

The activities that now accompany the rodeo are similar to those held in the past. Support for this yearly event has mushroomed and it now is the combination of a homecoming, a reunion, displays of all kinds of talents, interests and hobbies, parades, sporting events, queen contest, children’s games, chuck wagon breakfasts and barbeques, dances, and many other traditional western hometown festivities.

This year is the commemorative year for the celebration, recognizing 50 years of professional rodeo as well as remembering all those past celebrations that have culminated into the great Lehi Round-Up.