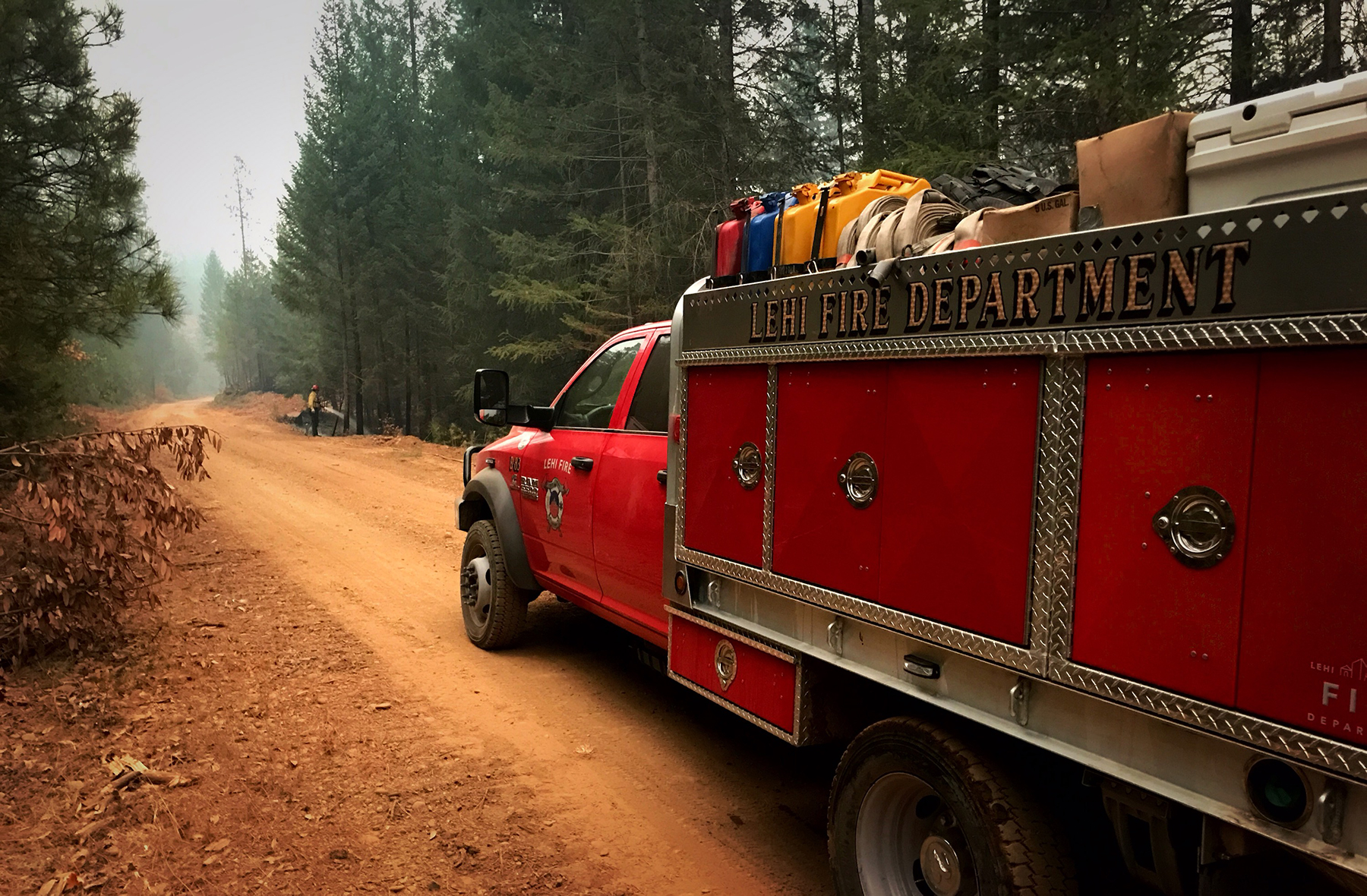 Three members of the Lehi Fire Department continue to fight the “Camp Fire”  in Paradise, California. The trio of firefighters and a fire truck were deployed to Northern California last week when a call went out to Utah fire departments for additional help fighting the fires. The names of the three Lehi firefighters are not being released to the public for security reasons, but here is a message from each one of them:

“We are proud and privileged to serve the residents of Paradise in such a tragic time.”

“It’s not a job, it’s a passion and calling and we’re honored to do work where it’s needed most.”

“It’s smoky, hot and the work is tough, but there is nowhere else I’d rather be.”

The firefighters update Jeff Beck, Lehi Fire Battalion Chief, every couple of days. Following a recent phone call with the firefighters, Beck wrote this summary of their activity for the Lehi Free Press:

“They traveled for a day to get there and are now on their sixth day of fighting the fire. Up to this point they have been directly engaged in fire attack while trying to minimize the threat to life and property in the area. Other tasks include burning out fuel (trees, chaparral) in between the fire front and values at risk, using chainsaws to remove fuel, cutting containment line and mopping up hot spots.

“They are now on a pretty good schedule of 16-hour shifts. Their day starts with a 6 a.m. operations briefing, followed by a quick equipment ready check. They then drive to the fire line where they work until about 8 or 8:30 at night and then drive back to their ‘fire camp’ for dinner and sleep. ‘Fire Camp’ operates much like a small city, which takes care of over 5,000 firefighters for breakfast, lunch, and dinner and handles the logistics and administrative needs of the firefighters.

“So far, 10,321 structures have been destroyed and 15,500 structures are still threatened.  Luckily, the fire is now 40% contained. The Lehi firefighters have been assigned to a ‘task force’ of engines to work within a defined geographical division. Their division is finally starting to see a decrease in fire activity. They will continue to strengthen and improve containment lines while also patrolling the interior of the fire to extinguish any hot spots that may exist.”

At press time, according to Cal Fire, 77 people have died in the fire and nearly 1,000 people are unaccounted for. The fire has consumed 150,000 acres and destroyed 12,794 structures.  Full containment is expected by November 30.