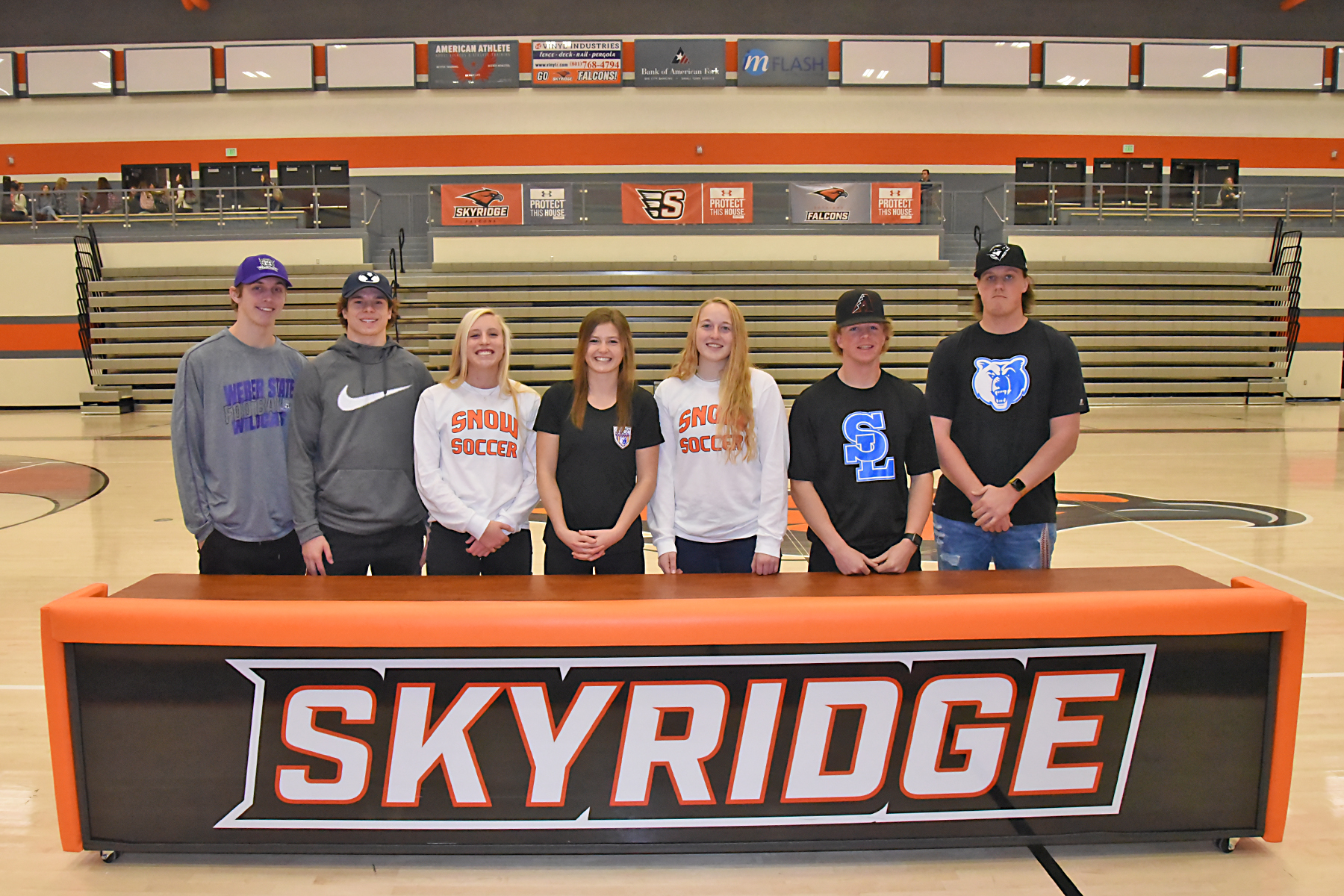 Last Wednesday, February 7, was National High School Athlete Signing Day. Many local athletes from both Lehi and Skyridge high schools signed to become a part of many college athletic programs.

Great Job to all the athletes!